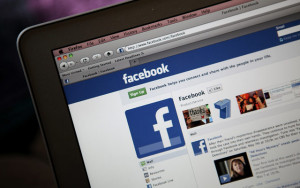 In an unpublished decision issued on January 11, 2013, a NJ appeals court upheld the firing of a first-grade teacher in the Paterson school district who called her students “future criminals” in a Facebook post. In the Matter of the Tenure Hearing of Jennifer O’Brien, Superior Court of New Jersey, Appellate Division, Docket No. A-2452-11T4. This case represents another example of the consequences of misusing popular social media sites.

In this case a two-judge appeals panel ruled that the teacher’s derogatory Facebook posting was not protected speech under the First Amendment of the U.S. Constitution, and that her “right to express those comments was outweighed by the district’s interest in the efficient operation of its schools.”

The teacher, Jennifer O’Brien, employed as a Paterson teacher since 1998, was assigned to teach a first grade class of 23 students. Almost all of her first graders were 6 years old , and either were Latinos or African-Americans.

On March 28, 2011, O’Brien posted the following two comments on her Facebook page.

Paterson school officials discovered these Facebook postings the following day, and news quickly spread throughout the school district and drew national media attention. Parents expressed outrage over the postings at a school council meeting, and one parent threatened to remove her child from the school. The school district suspended O’Brien without pay pending a further investigation.

Thereafter, the deputy superintendent of schools filed an administrative complaint against O’Brien charging her with conduct unbecoming of a teacher. The district superintendent determined that probable cause existed to support the charges, and if established were sufficient to warrant O’Brien’s dismissal. Thus, the district continued O’Brien’s suspension without pay. Thereafter, formal charges were filed with the Commissioner of Education, and the matter was referred to the Office of Administrative Law for a hearing before an administrative law judge.

During her administrative law hearing O’Brien testified that she had about 300 friends linked to her Facebook account, including several friends from her school and the school district. O’Brien claimed that she posted the statement that her students were “future criminals” because of their behavior, not because of their race or ethnicity. She stated that 6 or 7 of her students had behavioral, which had negatively affected the classroom environment.

At the administrative law hearing O’Brien also testified that one of her students had struck her just a week before she made the Facebook postings, that other students had stolen items from her, and that some students had hit each other. She stated she referred the disciplinary matters to school officials but thought they hadn’t adequately addressed the problems.

O’Brien explained that the school started a “Scared Straight” program on the same day she posted the comments on Facebook, that she was just speaking out of frustration for her student’s behavior that day, and that she didn’t think all her students were “future criminals.” Instead, she maintained that she merely intended to point out that children who misbehaved in her classes should face the consequences.

In her defense, O’Brien argued that her Facebook comments constituted protected free speech under the First Amendment of the U.S. Constitution, and that her otherwise unblemished record did not support her dismissal because of a momentary lapse of judgment. The administrative law judge disagreed with both contentions, and concluded that O’Brien’s relationship with with the Paterson school district was irreparably damaged and that her testimony was lacking in remorse.

At the administrative hearings, O’Brien claimed her Facebook postings addressed a matter of public concern, specifically student behavior in the classroom. The administrative law judge disagreed, concluding that O’Brien’s statements were personal and reflected her dissatisfaction with her job and conduct of several of her students. The administrative law judge also concluded that even if O’Brien’s Facebook postings were considered to address a matter of public concern, her right to make those statements was outweighed by the school district’s interest in the efficient operation of its schools.

The appeals court affirmed in all respects, concluding that the seriousness of O’Brien’s conduct justified her dismissal from her tenured teacher’s position.