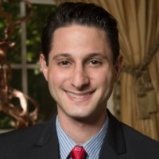 Eric D. Reiser is a Partner who joined LoFaro & Reiser in 2014 and Chair of the firm’s Cannabis Law Group.

Eric has also been the recipient of several judicial appointments, including court appointed counsel and guardian ad litem for mentally incapacitated individuals. Eric is admitted to practice before both the federal and state courts of New Jersey and New York.

Honors:  Recognized as a Rising Star in Business Litigation by New Jersey Super Lawyers in 2016-2018 and inclusion in the Best Lawyers in America publication in 2018.

The Super Lawyers list is issued by Thomson Reuters. A description of the selection methodology can be found at www.superlawvers.com/about/selection process detail.html. No aspect of this advertisement has been approved by the Supreme Court of New Jersey.