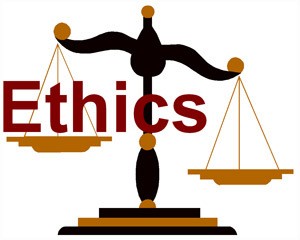 The practice of law in New Jersey is governed by the New Jersey Rules of Professional Conduct.

Understanding these Rules is critical to lawyers avoiding professional ethics charges from being filed in the first place. Sometimes, however, lawyers run afoul of the Rules of Professional Conduct – even unintentionally or through negligence.

What happens when an ethics grievance is filed? How does the process work? Here, we review these and other commonly asked questions about the attorney grievance process.

Who can file an attorney ethics grievance?

Typically ethics grievances are filed by a lawyer’s client. However, grievances can be filed by other lawyers, judges, parties in a real estate transaction such as brokers and mortgage lenders, or any third party who claims to be aggrieved by a lawyer’s violation of the Rules of Professional Conduct.

How is an attorney ethics grievance filed?

By Supreme Court rule, all grievances must be in writing and filed with the secretary of the district ethics committee for the county in which the lawyer has his or her main law office. Ethical conduct is a personal obligation of a lawyer and therefore a grievance must be filed against a specific lawyer and not against a law firm.

Who reviews an attorney ethics grievance?

Because attorney grievances must be filed with the secretary in the county where an attorney maintains his or her main office, the secretary of the applicable district ethics committee conducts an initial review of all attorney ethics grievances and has 45 days to determine whether to accept/docket, dismiss or decline the grievance. R. 1:20-3(e).

What is the standard of review that a district ethics committee secretary must apply when conducting an initial review of an attorney ethics grievance?

As explained in R. 1:20-3(e)(1), “[T]he secretary shall evaluate all information received by inquiry, grievance or from other sources alleging attorney unethical conduct or incapacity by an attorney maintaining an office in that district. If the attorney is subject to the jurisdiction of the Court and the grievance alleges facts which, if true, would constitute unethical conduct as defined by the Rules of Professional Conduct, case law or other authority, or incapacity, the matter shall be docketed and investigated”

Under what circumstances can a district ethics committee secretary reject an attorney ethics grievance?

(B) the matter involves an inquiry or grievance regarding advertising or other related communications within the jurisdiction of the Committee on Attorney Advertising (R. 1:19A-2(a)), in which case the matter shall be sent to that committee unless the matter has been referred by the Advertising Committee in accordance with R. 1:19A-4(e) or (h);

(C) the facts stated in the inquiry or grievance involve circumstances which the Supreme Court has determined through the adoption of court rules or administrative guidelines will not be entertained, in which case the matter shall be declined;

(D) the grievance involves aspects of a substantial fee dispute and a charge of unethical conduct, unless so directed by the Director or unless the matter is referred by the Fee Committee in accordance with Rule 1:20A-4.

What happens if an ethics grievance is filed that relates to pending litigation?

It is not uncommon for ethics grievances to be filed against an attorney who is representing a party in pending litigation. For a grievance to be accepted and docketed while there is pending litigation the Director of the Office of Attorney Ethics must be satisfied that the facts alleged in the grievance “clearly demonstrate provable ethical violations,” or that “the facts alleged present a substantial threat of imminent harm to the public.” R. 1:20-3(f). Otherwise the grievance will be declined and not docketed. Id.

When happens when the district ethics committee secretary dockets an attorney ethics grievance?

Should a lawyer refuse to cooperate with a committee investigation of a docketed grievance?

Absolutely not. Every lawyer admitted to the bar of the State of New Jersey has an affirmative obligation to cooperate with an ethics grievance investigation, and must submit a written reply within ten days of receiving a request for information as well as produce “the original of any client or other relevant law office file for inspection and review.” R. 1:20-3(g)(3)(emphasis added).

What is the burden of proof required to sustain a violation of the New Jersey Rules of Professional Conduct?

The burden of proof is clear and convincing evidence.

What role does the Chair of a district ethics committee play when reviewing an investigative report recommending the filing of a formal complaint?

The chair determines that there is a reasonable prospect of a finding of unethical conduct by clear or convincing evidence, such that it merits the filing of a formal ethics complaint.

What is minor unethical conduct?

What are the consequences for an attorney who fails to cooperate with an ethics grievance investigation?

Failure to cooperate with an attorney ethics investigation may lead to a temporary suspension of the lawyer’s license to practice law.  As explained by R. 1:20-3(g)(4), “[I]f a respondent fails to cooperate either by not replying in writing to a request for information or by not producing the attorney’s client and/or business file or accounting records for inspection and review, the Office of Attorney Ethics may file and serve a motion for temporary suspension with the Supreme Court,….”Ibid.

Is it possible to avoid the filing of a Complaint?

Yes. if it is determined that the unethical conduct is minor, then the lawyer can request diversion which is similar to pretrial intervention. Diversion requires the approval of the Director of the Office of Attorney Ethics, and requires the lawyer entering into an agreement in lieu of discipline. An agreement in lieu of discipline will contain certain conditions that the lawyer must meet within a six month period. Typically, these conditions may include issuing a letter of apology to the grievant, attending and completing a course of continuing legal education on a particular subject, reimbursement of fees or costs, or participation in counseling or alcohol or drug rehab.  If the attorney fulfills the terms, the matter is dismissed there will be no public record of the lawyer’s discipline, which in today’s digital world is very significant.

How much time does a lawyer have to respond to a formal ethics grievance complaint?

A lawyer who receives service of an ethics complaint charging him or her with misconduct has 21 days from the date of service to file an answer.

Why are some ethics grievances handled by the Office of Attorney Ethics directly instead of being assigned to a local district ethics committee?

When a formal ethics complaint has been filed the lawyer is entitled to request a hearing to contest the charges. The request must be made in the context of the lawyer’s written answer to the complaint, or the lawyer will be deemed to have waived the right to a hearing. R. 1:20-6 governs hearings in attorney ethics grievances. Hearings are conducted only if the pleadings raise genuine issues of material fact, or if the lawyer’s answer requests an opportunity to be heard in mitigation, or if the committee presenter requests to be heard in aggravation. Hearings are conducted by a three member panel consisting of two lawyers and a public member or non-lawyer, and are typically held in a designated courtroom. While the evidence rules are relaxed, in particular the hearsay evidence rule, the hearing has all the elements of a regular trial.

Don’t see a question or answer that you’re looking for?

Contact partner Glenn R. Reiser to discuss how our law firm can assist you in defending a New Jersey lawyer ethics grievance. Mr. Reiser is a former Chair of the Bergen County District II-B Ethics Committee, and has been defending New Jersey lawyers in ethics proceedings for over 10 years.