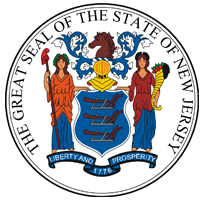 Our New Jersey law firm defends attorneys charged with violating RPC 8.4(c) – conduct involving fraud, dishonesty, deceit or misrepresentation. Depending on the nature of the misconduct, the attorney’s prior ethics history, and other factors, an RPC 8.4(c) violation will often result in discipline ranging from a reprimand (a written letter that becomes a permanent part of the attorney’s record), temporary suspension, and in severe cases permanent disbarment.

When faced with an ethics grievance involving a claim of fraud, dishonesty, deceit or misrepresentation, it is imperative to hire qualified counsel from the outset of the grievance filing. In some instances a formal Complaint can be avoided during the investigation stage if the Office of Attorney Ethics is convinced that either no violation occurred or that the burden of proof cannot be met to sustain an RPC 8.4(c) violation.

Partner Glenn R. Reiser has successfully defended New Jersey lawyers charged with violating RPC 8.4(c).  Mr. Reiser will evaluate your case and determine whether there are valid defenses to the RPC 8.4(c) charge, and will vigorously defend your rights during the investigation and at trial if a formal Complaint is filed.