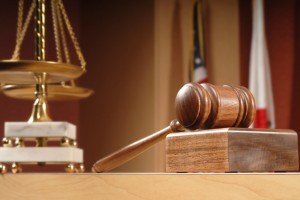 In addition, our expertise in this field of law also extends to defending preference and fraudulent conveyance claims asserted by bankruptcy trustees in Chapter 7 and Chapter 11 bankruptcy cases in the United States Bankruptcy Court for the District of New Jersey  located in Newark, Trenton, and Camden.

Like many other states, New Jersey has enacted laws that prohibit the transfer of assets intended to avoid the reach of creditors. In New Jersey this law is known as the New Jersey Uniform Fraudulent Transfer Act (“NJUFTA”).

The NJUFTA defines two categories of fraudulent transfers. First, those transfers made by a debtor with actual intent to “hinder, delay or defraud” any creditor of the debtor. This action is the so-called “actual” fraud provision, and is codified in N.J.S.A. 25:2-25.  Second, those transfers made where the debtor does not receive reasonably equivalent value in exchange and the debtor was insolvent at the time of the transfer or became insolvent as a result thereof.  N.J.S.A. 25:2-27.

In a fraudulent conveyance case, the primary goal is to persuade the court to compel the asset to be put back in the name of the debtor.  This is not always easy to accomplish. In certain instances fraud requires proof of actual intent to hinder, delay, or defraud a creditor of the debtor. In addition, proving insolvency at the time the transfer was made may require hiring a forensic accounting expert. This depends on the complexity of the circumstances, and whether the transfer was made by a corporate or individual debtor.

What factors do the courts consider in determining whether an asset was fraudulently transferred?

Under N.J.S.A. 25:2-25(a), courts will consider the following non-exclusive list of “badges of fraud,” such as whether:

a. the transfer was to an insider;

b. the debtor retained possession or control of the property transferred after the transfer;

c. the transfer was disclosed or concealed;

d. before the transfer was made, the debtor had been sued or threatened with suit;

e. the transfer was of substantially all the debtor’s assets;

i. the debtor was insolvent or became insolvent shortly after the transfer was made or the obligation was incurred;

j. the transfer occurred shortly before or shortly after a substantial debt was incurred; and

The above factors apply to transfers made to avoid present and future creditors.  In NJ our courts will consider any of the above factors to establish a fraudulent transfer.  This is not an exhaustive list, and the court need not find all 11 enumerated factors to conclude the existence of fraudulent intent.

Did the recipient of the transfer pay a reasonably equivalent value for the asset?

What remedies exist for a creditor challenging the validity of an asset transfer?

If the transfer is demonstrated to be fraudulent within the meaning of the NJUFTA, the creditor’s remedies include (1) avoidance of the transfer, (2) invocation of a provisional remedy, (3) an injunction, (4) appointment of a receiver, or (5) “[a]ny other relief the circumstances may require.” N.J.S.A. 25:2-29

Who has the burden of proof to establish that a fraudulent transfer occurred in NJ?

The plaintiff bears the burden of proof to establish a claim for fraudulent conveyance of assets.

Is there any defense to a fraudulent conveyance claim under NJ law?

Our firm represents both plaintiffs and defendants in fraudulent asset transfer claims in NJ state and federal courts, including bankruptcy court.  Please contact our New Jersey litigation attorneys today to discuss your case. One of our experienced lawyers will respond to your inquiry within 24-48 hours.