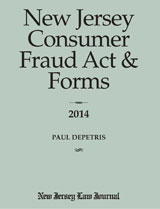 In this case the mortgage lender charged the 70-year old borrower $11,479.65 in loan closing costs to refinance her existing loan with Wells Fargo that had a balance of $341,572.21 at an interest rate of 5 5/8%.   The borrower sought to tap into the equity in her home to help pay for her grandson’s college and to lower her interest rate. Despite the borrower having income of only $30,000, the lender approved a new loan in the principal amount of $354,572.72 with an interest rate of 5%. A closing occurred on the borrower’s front porch. The nominal interest rate reduction resulted in the borrower saving only $63 from her monthly mortgage payment. When factoring in the $11,479.65 in closing costs that she was charged for the refinance, which included a $3,540.05 loan discount fee, $596 application fee, and a $5,231.61 mortgage insurance premium, the Court observed that it would take the borrower more than 5 years to break even.

Because of her low income, not surprisingly the borrower made only 6 mortgage payments on the refinanced loan before defaulting.   The lender, Freedom Mortgage, then filed a foreclosure action against the borrower.   Initially, the trial court determined that Freedom Mortgage had established a prima facie right to foreclose; i.e., that a mortgage was executed/signed by the borrower, the mortgage was recorded with the County Clerk, and non-payment or default by the borrower. See Great Falls Bank v. Pardo, 263 N.J. Super. 388, 394 (Ch. Div. 1993)(The only material issues in a foreclosure proceeding are the validity of the mortgage, the amount of indebtedness, and the right of the mortgagee to foreclose on the mortgaged property).

Finding in favor of the borrower, the trial court concluded that the lender violated the Consumer Fraud Act by granting the loan for no purpose other than to generate substantial closing fees for its own benefit.  The judge also remarked that

“[T]he reduction in her interest rate would take five plus years to amortize via reduced interest payments set off against the additional fees she incurred and that increased her principal balance. The transaction has been demonstrated to be effectively one-sided, for the benefit of the lender. The token reduction in the monthly payment for the borrower while substantially increasing her debt shows only token benefit to her.”

While still granting Freedom Mortgage the right to foreclose, the judge imposed substantial financial penalties against the lender for violating the New Jersey Consumer Fraud Act and imposed a 1-year moratorium barring the lender from applying for entry of a final judgment in foreclosure to allow the borrower time to find a buyer or an alternative source of refinancing. The financial penalties imposed by the trial judge include

The Bergen County Chancery Court’s sound decision gives the borrower an opportunity to return to the status quo existing at the time she first applied with Freedom Mortgage to refinance her Wells Fargo loan, compensates her for her legal fees, penalizes the lender financially while also recognizing the lender’s right to continue with its foreclosure after a year.  The decision is a sound wake up call for mortgage lenders who prey on elderly borrowers lacking the resources and sophistication to know when they’re getting ripped off.