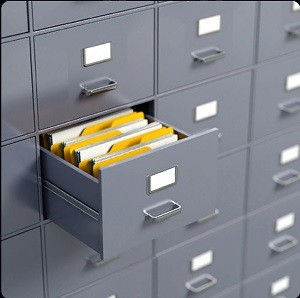 New Jersey now joins Indiana as the only states to authorize governmental agencies to respond to a public records request with a “neither confirm nor deny” response.

In this particular case the Newspaper asked for records in connection with an individual who was neither arrested nor charged with a crime.  In response, the Bergen County Prosecutor’s Office sent a letter reiterating that the request asked for “records related to someone who has neither been arrested nor charged with committing an offense,” and that their Office “will neither confirm nor deny” the existence of such investigatory records.

The trial court upheld the Prosecutor’s “neither confirm nor deny” response, and the Bergen Record Newspaper appealed. The appellate confirm affirmed, finding that the prosecutor correctly relied on an exemption under New Jersey’s OPRA pursuant to N.J.S.A. 47:1A-9(b) that precludes a custodian of records from disclosing whether such records exist in response to an OPRA request.

The acting Bergen County Prosecutor at the time submitted a Certification explaining, in part, that “unless an arrest is has been made, charges are filed or a grand jury indictment is returned, I, as the Bergen County Prosecutor, will not respond to an inquiry about the receipt or possession of documents or the existence or non-existence of a criminal investigation.” The Certification went on to further explain that his office frequently determines that allegations of alleged criminal conduct are found to be untrue or cannot be proven, and that forcing his office to disclose, confirm or deny the subject of such allegations would unfairly subject that person to irreparable harm and expose his office to civil liability if such disclosures were made.

In addition to recognizing the exemption, the appeals court rejected the Newspaper’s argument that the custodian failed to indicate a specific basis for communicating an inability to comply response to an OPRA request because the Prosecutor’s initial letter did not cite N.J.S.A. 47:1A-9(b) – the statute providing for the exemption.  Declining to give credence to form over substance, the Appellate Division concluded that the letter adequately articulated the relevant exemption under N.J.S.A. 47:aA-9(b) and fairly implicated other OPRA statutory exemptions.

Lastly, the Appellate Division rejected the Newspaper’s argument that the Prosecutor’s denial of access violated its common law rights to access public records.  To sustain a common law right of access to public records, a plaintiff must establish three elements: “(1) the records must be common law public documents; (2) the person seeking access must ‘establish an interest in the subject matter of the material’; and (3) the citizen’s right to access ‘must be balanced against the State’s interest in preventing disclosure.’ ”  The Newspaper argued that the trial court did not correctly apply the third element of the test because the Prosecutor declined to confirm or deny the existence of such records, and thus the trial court did not have a factual record to support his conclusions.

Recognizing the nature of the records requested and the response given by the Bergen County Prosecutor require a flexible balancing process, the Appellate Division determined that a high degree of confidentiality applied to the particular records requested, and therefore held that the common law right of access did not require disclosure.

It is anticipated that this case will be further appealed to the New Jersey Supreme Court. If that occurs, we will update this post with further commentary.