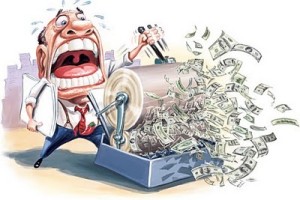 In a published decision issued on January 12, 2016, the New Jersey Appellate Division confirmed that the same 4-year statute of limitations period for asserting fraudulent asset transfer claims applies in commercial transactions and tort claims regardless whether or not the creditor has obtained a judgment.  Rosario, et al. vs. Marco Construction and Management, Inc., et al., Superior Court of New Jersey, Appellate Division, Docket No. A-1562-14T3 (July 12, 2016).

The New Jersey Uniform Fraudulent Transfer Act (“UFTA”) provides creditors the opportunity to recover property that judgment debtors have attempted to put beyond their reach. Specifically, the UFTA prohibits any transfer intended “to hinder, delay, or defraud any creditor of the debtor.”  N.J.S.A. 25:2-25(a). The UFTA contains a 4-year statute of limitations period to file suit “after the transfer was made or the obligation was incurred, or, if later, within one year after the transfer or obligation was discovered.”  N.J.S.A. 25:2-31(a).  The UFTA applies both to present and future creditors.

In this particular case the plaintiffs alleged they were duped into purchasing 2 residential properties by the sellers’ failure to disclose substantial environmental contamination.  The 2 homes that plaintiffs purchased were located on a portion of the contaminated property. Shortly thereafter, one of the sellers (Stephan Musey) sold an adjoining residential property (Geissinger property) to his daughter (Ms. Haynes”) for $1 and received a life estate – the 2006 transfer.  In 2008 Musey died. Then in 2012 the daughter sold the Geissinger property to the in-laws of Musey’s grandson – the 2012 transaction. Both transactions were recorded with the local County Clerk.

Plaintiffs filed suit in 2008 under the New Jersey Consumer Fraud Act, among other causes of action, naming as defendants the developer who was the predecessor in title to the 2 properties, its owner, the real estate agency, Musey and his son. When Musey passed away plaintiffs named his Estate as a party to the suit.  The Estate was probated in 2008, but the appellate record was void of any evidence that plaintiffs had contended the Geissinger property constituted an Estate asset.

In 2013 the trial court entered default against the Estate and awarded plaintiffs approximately $1.8 million in damages on their Consumer Fraud Act claim. Thereafter, plaintiffs sought the Court’s permission to assert claims under the UFTA with regard to the prior transfers of the Geissinger property.  In essence, they argued that the transfers of this property were designed to avoid collection of any potential judgment against the Estate following Musey’s death. In pretrial motion practice the judge rejected plaintiffs’ request, finding that the 4-year statute of limitations contained in N.J.S.A. 25:2-31(a) as to the 2006 transfer was barred.  In addition, the trial judge concluded that plaintiffs were not entitled to the additional 1-year tolling period because they knew about the 2006 transfer in May 2012 and thus the 1-year period expired in May 2013.  Because the plaintiffs could not challenge the 2006 transfer the trial judge held they were precluded from challenging the subsequent 2012 transfer to the grandson’s in-laws.

The matter then proceeded with a bench trial in 2014 resulting in a favorable ruling for the plaintiffs as to their claims against the corporate developer/seller under the Consumer Fraud Act, breach of contract, misrepresentation, and the environmental Spill Act.  A final judgment was entered on October 16, 2014.

Plaintiffs then appealed the trial judge’s pretrial motion ruling denying their request to assert UFTA claims with respect to the 2006 and 2012 transfers of the neighboring Geissinger property.  On appeal they argued that the October 16, 2014 judgment triggered the 4-year statute of limitations on the UFTA claims, and that the 4-year period should be tolled by the additional 1-year period from the date they discovered the 2012 transaction.

The appeals court rejected both arguments, declaring that a judgment is not a precondition for a creditor’s right to assert claims under the UFTA. Citing the UFTA’s broad definition of a claim derived from the United States Bankruptcy Code as “a right to payment, whether or not the right is reduced to judgment, liquidated, unliquidated, fixed, contingent, matured, unmatured, disputed, undisputed, legal, equitable, secured or unsecured,” the appeals court correctly held that a judgment is not required in order to be considered the holder of a “claim” under the UFTA. In so ruling, the Appellate Division confirmed that the statute of limitations to assert UFTA claims commences from the date of the transfer or the date the transfer is discovered such that any creditor with or without a judgment may prosecute suit.

Lastly, the Appellate Division declined to distinguish application of the statute of limitations period for UFTA claims involving commercial transactions versus tort claims.

This appellate decision reaffirms that when it comes to challenging real estate transfers under the UFTA creditors and their counsel must be vigilant in identifying the date(s) such transfers were recorded with the local County Clerk. Certainly, the recording of a real estate deed is notice to the world that a transfer has occurred, and thus the deed recording date constitutes the triggering date for the initial 4-year statute of limitations period under the UFTA.

The New Jersey law firm of LoFaro & Reiser prosecutes and defends fraudulent transfer cases in the Superior Court of Jersey and in the United States Bankruptcy Court for the District of New Jersey.