What is my business worth?  You say $100,000, she says $1,000,000.  Whether arguing with an irate spouse in the context of a divorce case or a business partner in a partnership dispute, the answer is often difficult and expensive to determine. 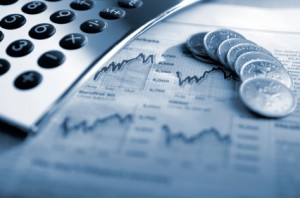 There are probably few assets whose valuation imposes as difficult, intricate and sophisticated a task as interests in close corporations. They cannot be realistically evaluated by a simplistic approach which is based solely on book value, which fails to deal with the realities of the good will concept, which does not consider investment value of a business in terms of actual profit, and which does not deal with the question of discounting the value of a minority interest.

In fact, there is no single prescribed or even preferred method of valuing a closely held business. Steneken, 183 N.J. at 297. The New Jersey Supreme Court has endorsed the use of a trustworthy buy-sell agreement to establish value, noting that in some instances it may appropriately establish a presumptive value of a party’s interest. Bowen, 96 N.J. at 45-46 (1984) (citing Stern v. Stern, 66 N.J. 340, 346-47 (1975)). In the absence of a buy-sell agreement, to compute the value of a closely-held corporation both experts and courts frequently have resorted to the IRS’s Revenue Ruling 59-60 for guidance.

Among the factors listed in the Ruling as “fundamental and requir[ing] careful analysis” are the history of the firm, the nature of the company, the outlook for the industry, the book value of the stock, the size of the block to be valued, the earning and dividend-paying capacities of the company, and the existence of goodwill or other intangible assets. Ibid. Generally, greater weight will be given to earnings factors for those companies that sell products or services, and to asset values for investment or holding companies. Ibid. In addition, earnings factors must be capitalized. Choosing the appropriate capitalization rate is “one of the most difficult problems in valuation.” Id. at § 6. Among the considerations that go into a capitalization rate are the nature of the business, the risk involved, and the stability of earnings.

In Balsamides, the Court held that 35% marketability discount was appropriate in valuing the shares of an oppressed shareholder of a closely held corporation in the context of a court ordered sale. The extraordinary circumstance that warranted use of a marketability discount in Balsamides was that it was the oppressing 50% shareholder who was to acquire the shares of the oppressed 50% shareholder, and equity demanded that the oppressor not be rewarded for his conduct by allowing a buy-out at a discounted price. In Lawson, supra, the Supreme Court found no comparably extraordinary circumstance and rejected use of the discounts where discounting would have allowed the oppressive majority shareholder to buy out minority owners at less than full value.

As the foregoing published decisions issued by the New Jersey Appellate Court and New Jersey Supreme Court demonstrate, establishing a value on a closely held business is complex and filled with many variables.