When does a New Jersey resident lose all right to funds in a bank account levied by a judicial officer on behalf of a judgment creditor? 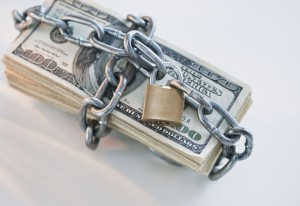 The answer:  “When the Superior Court of New Jersey enters an order compelling the bank to turnover or surrender the funds.”  If a turnover order is entered before a bankruptcy petition is filed, the debtor loses any interest or claim against the funds and cannot use a bankruptcy filing as a means to recover the funds.

To better comprehend the issue requires a general understanding of the New Jersey debt collection process.

Writ of Execution and Levy

Pursuant to New Jersey Court Rule 4:59-1(a), a writ of execution is a method used to enforce a judgment for the payment of money.  Once a judgment creditor obtains a writ of execution the judgment creditor can cause a judicial officer (i.e., a county sheriff) to levy funds held by a bank in an account belonging to the judgment debtor.  Once a bank levy is made the judicial officer is required to mail notice of the levy to the judgment debtor.  New Jersey Court Rule 4:59-1(g).

Funds subject to a bank levy are viewed as a “debt owed” by the bank to the account holder or judgment debtor, and thus are subject to garnishment under New Jersey’s garnishment statute, N.J.S.A. 2A:17-63.  This statute, which requires a turnover motion to be filed after the levy is made, provides that:

In In re Gardner, Case No. 15-15192 (Bankr. D.N.J. March 31, 2016), the Honorable Michael B. Kaplan explained the turnover process and how the entry of a turnover order strips the judgment debtor of any interest in the levied funds:

So what is the moral of the story for a judgment debtor contemplating a bankruptcy filing?