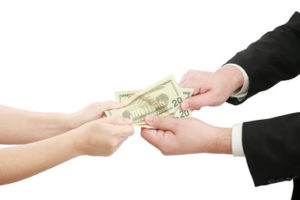 The New Jersey Supreme Court unanimously imposed a constructive trust over the ex-husband’s $2.25 million deferred compensation paid by his employer following the sale of the company; the sale and distribution of the deferred compensation occurred within three months of their final judgment of divorce and property settlement agreement. Thieme v. Thieme, A-51-15 (December 12, 2016).

The case is significant because it demonstrates the Supreme Court’s willingness to apply common law equitable remedies in unique situations where New Jersey’s marital equitable distribution laws create an unfair division of assets.

The New Jersey Supreme Court commented about the unique circumstances this case presented. Thus, it’s important to provide some detail of the facts. The parties cohabited for 8 years before getting married shortly after having a daughter out of wedlock. Throughout their cohabitation, the husband (“Michael”) worked for a start-up biotechnology consulting company known as IBG. He worked substantial hours and traveled extensively, while his girlfriend (“Bernice”) gave up on pursuing a career to stay at home and care for their daughter.  Although Michael held no ownership interest in IBG, its two principals made a written commitment to compensate him in the future in recognition of his substantial contributions to the company’s success.  The document did not specify the amount that would be paid to Michael, however. Rather, the amount would be determined at a later date and the compensation could come in several forms; i.e., equity interest in IBG or a newly formed venture, or “salary or other tangible method of compensation.”

The trial record revealed that Michael and Bernice made an abundance of financial decisions in anticipation of his one day receiving a substantial future payout from his employment with IBG. At one point during their cohabitation, Bernice agreed to relocate to Virginia to accommodate Michael’s job requirements. During their cohabitation and marriage, Bernice performed the household chores, made minor repairs to their home, paid bills, and managed their rental properties. In addition, Bernice claimed that she took an active role in attending social events connected with Michael’s job at IBG.

Shortly before getting married, Michael sent Bernice an email acknowledging her career sacrifices to benefit his career and promised to support her “fully in recognition of this sacrifice.” Despite this written affirmation, they continued bickering and exchanging volatile emails. At one point Bernice threatened to move to Mississippi with their daughter.  Notwithstanding, they married.

The marriage lasted only 14 months, however. Their conflict reached a critical point when Bernice sent several inflammatory emails about Michael to IBG’s owners and employees. Bernice represented that she possessed a video displaying an altercation between her and Michael that occurred in the presence of their daughter, made disparaging remarks about IBG’s owners, and demanded that IBG pay her substantial money she insisted was owed to her. Michael then proceeded to file for divorce.

With assistance from their divorce attorneys the parties negotiated a division of the marital assets and resolved alimony, support and custody. During these negotiations Bernice and Michael exchanged emails about the prospect of IBG paying Michael deferred compensation. Michael advised Bernice that he did not “expect to get any large lump-sum bonuses,” but that “if some magical $50K bonus appeared, then I’d wind up clearing $30K, and we can make some arrangement – e.g. split it 50/50?”

A week later, in another email Michael confirmed to Bernice that, notwithstanding their “discussions . . . about me someday getting an ownership stake [in IBG],” he had “no idea if it will ever happen, or how it will be structured, or the value.” He added that IBG’s grant of an ownership interest “may never happen. It will certainly not happen anytime soon.” In another e-mail, Michael added that any stake in IBG awarded to him “would be defined, probably, as stocks,” and that he did not anticipate “a big cash payment.” Michael also asked Bernice to identify what she considered to be her fair percentage share of any “potential income/assets I make if I ever accept a buyout[.]”  Bernice refused to commit to any specific percentage.

Again by email, Michael stated that although there had been no discussions of a sale of IBG since 2006, he viewed Bernice’s claim to his assets to date back to the time of their daughter’s birth in 2003. He reiterated his view that IBG would not be sold “soon,” but again asked her to quantify her claim to “a future ownership stake” in the company. She did not do so. A month later, Michael urged Bernicee not to delay the settlement of their dispute “based on something that may never happen.” He reassured her that if he were awarded “ownership in IBG” in the future, “we are going to need to revisit” the issue. Michael reiterated that he had no contract with IBG; he represented that there was “absolutely nothing at all stating that I am going to ever get any part of” the company. He suggested that the parties discuss the issue later, in the event that he acquired an interest in IBG.

In April 2012, Michael and Bernice signed a property settlement agreement (“PSA”) evenly dividing their identified assets (whether acquired before or during their marriage) and resoling alimony, child support, and visitation. The PSA provided that neither party owned “any businesses or any interests whatsoever in any businesses which are subject to equitable distribution” and that the agreement had no binding effect on undisclosed assets. The PSA did not address Michael’s deferred compensation which the parties anticipated.

In June 2012 the Superior Court of New Jersey entered a final judgment of divorce which incorporated the PSA. Unbeknownst to Michael at the time, just 3 months later IBG’s owners entered into an agreement to sell their company. Shortly before the closing, IBG’s owners signed a document acknowledging that Michael would receive “a one-time bonus in the amount of $2,250,000.00” contingent on the sale going through. One of the owners testified that the bonus was in consideration for Michael’s contributions to IBG over 13 years. The same owner also testified that Michael was not informed about the sale of IBG until after the closing.

Michael deposited $200,000 of his one-time bonus into a joint bank account maintained with Bernice during their marriage. Th is the first time Bernice learned that Michael had received a bonus from IBG. Michael apparently did not realize he was depositing the funds into a joint account. Without any notice to Michael, Bernice withdrew the entire $200,000 prompting Michael to return to Court demanding that Bernice be held in contempt. For her part, Bernice contended that Michael engaged in fraud by deliberately withholding disclosure that the company was up for sale and that he would be receiving a substantial payout. …

The trial court was confronted with determining what portion of Michael’s bonus that Bernice was entitled to. Should the bonus be apportioned based on the entire length of their relationship, including 8 years of cohabitation? Or should Bernice’s portion be limited to the 14-month period of their marriage?

Bernice appealed, and the the Appellate Division affirmed. In a further appeal, the New Jersey Supreme Court reversed. While our state’s Supreme Court agreed with the trial and appellate court’s finding that New Jersey’s equitable distribution scheme only allows for a claim to “marital assets” “acquired during the marriage or civil union, N.J.S.A. 2A:34-23(h), the Court resorted to the remedy of a constructive trust to level the playing field for Bernice.

The Supreme Court noted that application of the equitable distribution scheme resulted in Bernice receiving less than 2 percent of Michael’s bonus. The Court determined that restricting Bernice to such a nominal share of Michael’s closing business would result in unjustly enriching Michael, especially considering the overwhelming and undisputed evidence that on many occasions Michael had represented to Bernice that he would fairly compensate her in recognition of her sacrificing her career to advance his, and that he would share the proceeds of a future sale from IBG. With the substantial bonus materializing only 3 months after the parties’ divorce was finalized, it was too late to divide Michael’s bonus with their other assets.

Constructive Trust to the Rescue

To remedy this unfair result, the Supreme Court held that a percentage of the portion of Michael’s closing bonus earned during their 8-year period of cohabitation should be deemed to be held by in constructive trust by Michael for Bernice.

A constructive trust has been described as ““the formula through which the conscience of equity finds expression. When property has been acquired in such circumstances that the holder of the legal title may not in good conscience retain the beneficial interest, equity converts him into a trustee.” Carr v. Carr, 120 N.J. 336, 351 (1990).

The Court further explained that equitable remedies such as constructive trusts “are not based on the actual intent of the parties, but ‘are arbitrarily imposed by the court to prevent an unjust enrichment.’” Id. at 352 (internal citation omitted). Generally,  “all that is required to impose a constructive trust is a finding that there was some wrongful act, usually, though not limited to, fraud, mistake, undue influence, or breach of a confidential relationship, which has resulted in a transfer of property.” D’Ippolito v. Castoro, 51 N.J. 584, 589 (1968).

The Court cited no wrongful act by Michael, however. Despite this, the Court nevertheless imposed a constructive trust.  The Supreme Court returned the case to the trial court to determine the appropriate amount to award Bernice.

What This Case Represents

This decision demonstrates that even absent a wrongful act the Court will not hesitate to impose a constructive trust as a remedy to prevent an unjust enrichment. The Court did express, however, that this case presented “extraordinary circumstances.”

The impact of this decision to future marital dissolution proceedings and other cases obviously cannot be predicted, except to say that it no longer appears necessary for a court to find a wrongful act as a condition precedent to imposing a constructive trust.