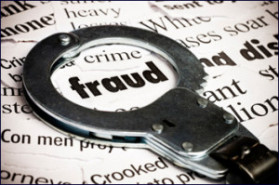 Can assets transferred between soon-to-be ex-spouses as part of a property settlement agreement in their divorce case constitute a fraudulent conveyance?

Our firm is presently representing a judgment creditor of a husband who transferred his 50% interest in his marital residence valued at more than $1 million to his wife for $1.00, as well as other substantial assets as part of a property settlement agreement reached in their divorce case.  Dodds, et al. vs. David Wei, et al, Superior Court of New Jersey, Law Division, Bergen County, Docket No.: BER-L-006572-14.   The entire divorce was completed in only 4 months and before our clients could perfect their California judgments totaling in excess of $2 million in New Jersey.  Our clients allege that the entire divorce is a sham that was designed to shield the husband’s assets.  The matter is awaiting a trial in 2015.

Just because an asset transfer is made as part of a court-approved divorce decree or court approved property settlement does not necessarily shield that transfer from avoidance as a fraudulent conveyance. In fact, numerous bankruptcy courts have dealt with this issue in the context where bankruptcy trustees have challenged the validity of the transfer between former spouses. See, e.g., In re Hill, 342 B.R. 183 (Bankr. D.N.J. 2006) (debtor’s marital settlement agreement transferred property to former spouse with actual intent to defraud creditors); In re Boba, 280 B.R. 430 (Bankr. N.D. Ill. 2002) (transfer at divorce while retaining beneficial interest was fraudulent; discharge denied); In re Lankry, 263 B.R. 638 (Bankr. M.D. Fla. 2001) (unjustified, unequal division of marital assets or liabilities at dissolution might be avoidable; summary judgment denied); In re Pilavis, 233 B.R. 1 (Bankr. D. Mass. 1999) (Plaintiff’s motion to avoid transfers of real estate made by debtor to defendant spouse in separation agreement as fraudulent was granted as to those parcels which were transferred without adequate consideration at a time when the debtor was insolvent).

In Hill, a District of New Jersey bankruptcy judge reviewed two common scenarios in which a divorce settlement may be fraudulent. First, the divorce itself may be a sham. Under the sham theory, the husband and wife would not actually desire a divorce, but would instead agree to one in order to divide their assets, and shield as many of them as possible from a creditor. Under the second theory, the divorce itself would be legitimate, but nonetheless a spouse would decide to give as much as possible to his or her former spouse rather than a creditor.

The bankruptcy judge in Hill also recognized that an unequal division of material assets made pursuant to a “fast track” divorce “may be an attempt to keep assets away from the creditor of one spouse and consequently are open to attack as actual fraudulent transfers.” 342 B.R. at 196. “Where the divorce does not change the relationship of the parties, but is merely a sham, it is easy for the court to find that the division of property was a fraudulent transfer.” Id.  For example:

In In re Boba, the court found the divorce to be a sham where the debtor continued to live in the marital residence with the ex-spouse, and continued to use a vehicle previously transferred to the ex-spouse as part of the separation agreement. 280 B.R. 430, 434-35 (Bankr.N.D.Ill.2002); see also In re Chevrie, 2001 WL 120132 (finding a fraudulent transfer where the debtor and ex-spouse continued to live together after the divorce, the ex-spouse had no legal representation of her own, and the divorce agreement was executed shortly before filing for bankruptcy, at a time when creditors were trying to collect on a judgment).

New Jersey has specific laws designed to undo or reverse fraudulent asset transfers.  Specifically, under N.J.S.A. 25:2-25 of the Uniform Fraudulent Transfer Act (the “UFTA”), a transfer made or obligation incurred by a debtor is fraudulent as to a creditor, whether the creditor’s claim arose before or after the transfer was made or the obligation was incurred, if the debtor made the transfer or incurred the obligation:

a. With actual intent to hinder, delay, or defraud any creditor of the debtor; or
b. Without receiving a reasonably equivalent value in exchange for the transfer or obligation, and the debtor:

(1) Was engaged or was about to engage in a business or a transaction for which the remaining assets of the debtor were unreasonably small in relation to the business or transaction; or
(2) Intended to incur, or believed or reasonably should have believed that the debtor would incur, debts beyond the debtor’s ability to pay as they become due.

N.J.S.A. 25:2-25. The UFTA contains a separate section that pertains to fraudulent transfers made to avoid the claims of present creditors. N.J.S.A. 25:2-27.

Some of the factors which New Jersey courts evaluate to determine whether a particular asset transfer is fraudulent, also referred to as the “badges of fraud,” include:

In most cases the debtor will not admit to engaging in fraudulent intent. Thus, the courts will evaluate these cases based on circumstantial evidence which can be established by proving one or more of the “badges of fraud.”   “Although the presence of a single factor, i.e. badge of fraud, may cast suspicion on the transferor’s intent, the confluence of several in one transaction generally provides conclusive evidence of an actual intent to defraud.” Firmani v. Firmani, 332 N.J. Super. 118, 122 (App. Div. 2000).  “Where several badges of fraud accompany one transaction, . . . , a strong inference of fraud arises.” Id.

I will further comment on this post after the Court has decided our clients’ case of Dodds v. Wei.