In a published decision issued on May 13, 2016, the New Jersey Appellate Division affirmed a Bergen County Chancery judge’s summary judgment ruling declaring that a $900,000 transfer made by a father to his son’s business constituted an investment, not a gift. In the Matter of the Estate of Byung-Tae-Oh, Superior Court of New Jersey, Appellate Division, Docket No. A-4562-13T1. 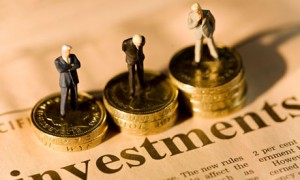 The facts of the case are very straightforward. In 2001, ByungTae Oh, a resident and citizen of Korea, made a $900,000 wire transfer to a New Jersey limited liability company formed by his youngest son and daughter-in-law. The money originated from the father’s bank account in Seoul, and was deposited directly into the LLC’s business account in New Jersey.

After his death, the father’s eldest son filed a probate complaint in the Superior Court of New Jersey in Bergen County, claiming his father owned a 40.8% interest in the New Jersey LLC because of the $900,000 investment.  The younger son claimed the money was a gift from their father.

At the trial level, the Chancery Judge applied the “clear and convincing” evidence standard to the defendant’s claim that the funds transfer constituted an inter vivos gift (made during the person’s lifetime), as opposed to the lesser standard or proof that applies to a gift made between parent and child which carries the presumption of a gift.  The trial judge declined to find a presumption of the gift arose because the funds were transferred directly to his son’s limited liability company, not to his son.  (In one of our earlier posts we reviewed at length New Jersey law on gift giving between parent and child.)

In granting summary judgment in favor of the plaintiff elder son, thus finding the transfer to constitute an investment, the trial judge correctly determined that the defendant could not satisfy the clear and convincing evidence standard necessary to prove that the $900,000 transfer was a gift. The Appellate Division was persuaded by the deceased father’s 10+ year reporting of his overseas investment in the New Jersey company to the Export-Import Bank of Korea, a quasi-governmental agency.  To the contrary, the defendant merely offered his self-serving statement that the father gifted him the money.

“We agree as well with the judge that defendant’s factual presentation fell woefully short and its inadequacy justified the entry of summary judgment,” the Appellate Division concluded.