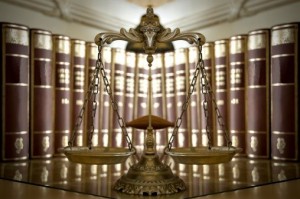 Do you have a minority partner in a small business that is driving you crazy to the point where you can’t even walk into your office without getting a knot in your stomach?  If you think the simple solution is to just terminate the minority partner’s employment think again.

In the context of corporate minority oppression cases, an employee who is also a minority shareholder will, in addition to pursuing the recovery of the value of his or her stock ownership interest, claim a substantial value of his or her continued employment as a senior manager of the corporation. This employment could include salary, commissions, bonuses, health benefits, and paid vacation. As New Jersey Courts have commented, the long-term “employment value” of being a minority shareholder in a closely held New Jersey corporation may be significantly greater than the shareholder’s stock ownership interest.

In fact, the nature of close corporations often compels courts to find that a minority shareholder’s “reasonable expectations” include the right to long-term employment. Muellenberg v. Bikon Corp., 143 N.J. at 180-81. This reasoning is founded upon the fact that a significant return to shareholders may not necessarily be the receipt of dividends, but, rather, the security and assurance of long-term employment, as the New Jersey Supreme Court remarked in Muellenberg.

New Jersey Courts have recognized that a minority shareholder’s reasonable expectation of continued employment in the corporation may be the most valuable aspect of his or her interest. Thus, for example, in Exadaktilos v. Cinnaminson Realty Co., 167 N.J. Super. 141, 153 (Law Div. 1979), the court explained that “there generally is the expectation on the part of participants that their interest is to be recognized in the form of salary derived from employment with the Corporation.” Ibid. Denying a minority shareholder employment “is a much more common means of oppression in a close corporation than is infringement of a shareholder’s status as a shareholder.” Brenner, 134 N.J. at 509.

Thus, N.J.S.A. 14A:12-7(1)(c) expressly encompasses oppression of a minority’s employment interest. Exadaktilos, 167 N.J. Super. at 153 (the statute “authorizes an examination of corporate conduct toward a minority shareholder in the role of shareholder, director, officer or employee”).

When the majority frustrates a minority shareholder’s “reasonable expectation” of continued employment, courts have found that such action constitutes oppression. For example, in Musto v. Vidas, the trial judge concluded that the plaintiff was an oppressed shareholder because the majority thwarted the plaintiff’s “unarticulated and reasonably existing expectation that he would continue to enjoy these rights for as long as [the corporation] remained a viable entity.” 281 N.J. Super. 548, 556. (App. Div. 1995). Thus, the court Musto held that, in addition to the value of his shares, the plaintiff should “receive compensation equal to defendants for several years after [his termination],” Id. at 561.

Further, in Muellenberg, the New Jersey Supreme Court found oppression simply based on the majority’s stated intention to terminate the plaintiff’s employment. 143 N.J. at 181-84. The justices held that “a minority interest in a close corporation includes not only the value of the shareholder’s [ownership] stake in the business, but [also] the assurance of employment in the business in a managerial position … the security of long-term employment and the prospect of financial return in the form of salary [as well as] a voice in the operation and management of the business and the formulation of its plans for future development.” 143 N.J. at 180-81. See also Brenner v. Berkowitz, 134 N.J. 488, 509 (1993).