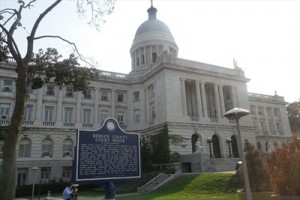 In an unpublished decision issued on June 20, 2014, a Bergen County judge dismissed the claims of three individual minority shareholders of Fort Lee Bank who alleged damages resulting from a failed bank merger.   Kostakapoulous vs. Alma Bank, Superior Court of New Jersey, Law Division, Bergen County, Docket No.: BER-L-1952-14.  The court concluded that the shareholders of Fort Lee Bank did not plead any special damages, and therefore they could not prosecute such claims in their individual capacities.

Prior to Fort Lee Bank commencing merger negotiations with Alma Bank, the Office of Thrift Supervision (OTS) began investigating Fort Lee Bank’s operations, in particular its car loan portfolios.  The OTS ultimately entered a cease and desist order requiring that Fort Lee Bank raise its capital ratios.   In response, Fort Lee Bank began looking for potential investors to raise capital.  Discussions then ensued between plaintiff Haralambos Kostakapoulous, a minority shareholder of Fort Lee Bank, and defendant Efstanthios Valiotis, a majority shareholder of Alma Bank.  The plaintiffs alleged that during these early discussions Mr. Valiotis supported a merger of the two banks.  In fact, the banks eventually entered into a non-binding letter of intent (LOI) spelling out the terms under which Alma Bank would purchase Fort Lee Bank for $3 million and providing a structure that would result in Fort Lee Bank being a stand-alone subsidiary of Alma Bank.  A merger agreement was then finalized, and Alma Bank represented that its board of directors would approve the merger agreement at its next meeting.

About two weeks later, the Office of the Comptroller of Currency (OCC”), as successor to the Office of Thrift Supervision, initiated another examination of Fort Lee Bank. At the suggestion of Alma Bank’s majority shareholder Valiotis, Mr. Kastakapoulos contacted the Assistant US Attorney to resolve the TARP subpoena.  Eventually, the OCC informed Fort Lee Bank that it had until May 21, 2012 to raise its capital ratios by 10% and 15%.   Plaintiffs notified Alma Bank of this requirement and kept the defendants aware of their efforts to satisfy the OCC’s capital ratio requirements.

On April 19, 2012, Fort Lee Bank was informed that the TARP subpoena was being terminated and no adverse action would result.  Plaintiffs immediately notified Alma Bank, but the next day, April 20, 2012, Alma Bank responded that it was no longer interested in pursuing the merger. On April 20, 2012 plaintiffs immediately presented the OCC with another proposed merger transaction with a different investor and requested a two-week period to make a comprehensive presentation.  However, on the same day the OCC rejected the alternative merger proposal, rejected plaintiffs’ request for a two-week reprieve, revoked Fort Lee Bank’s charter, appointed the Federal Deposit Insurance Corporation as receiver, and announced that Alma Bank would be the purchaser of selected assets of Fort Lee Bank.  At the time of its closing, Fort Lee Bank reported total assets of $48 million.   Fort Lee Bank’s shareholders had contributed a total of $4.2 million of equity capital.   As of April 20, 2012, the plaintiffs collectively owned 49.54% of Fort Lee Bank’s stock, meaning that they contributed 49.54% of the $4.2 million in shareholder equity.

In filing the lawsuit against Alma Bank and its majority shareholder Valiotis, the plaintiffs alleged that the OCC acted so swiftly to reject the alternative merger proposal because Alma Bank was secretly negotiating the asset purchase with the OCC while intentionally misleading Fort Lee Bank. Thus, the plaintiffs argued that Alma Bank used their knowledge of Fort Lee Bank’s confidential information acquired during the merger negotiations to prevent them from completing another proposed merger and to catapult Alma Bank into position to control the bidding process with the FDIC.  Predicated on those allegations, plaintiffs’ complaint asserted causes of action for fraud, misrepresentation, unjust enrichment, and intentional interference with prospective economic advantage. The defendants promptly moved to dismiss the Complaint for failure to state a claim upon which relief may be granted, a procedure governed by New Jersey Court Rule 4:6-2.

The trial court granted the defendants’ motion to dismiss, finding that the alleged wrongful conduct impacted Fort Lee Bank as a separate and distinct entity from its shareholders.  The trial judge noted that:

Strasenburgh v. Straubmuller, 146 N.J. 527, 549-53 (1996).  Citing that New Jersey courts have consistently applied this legal principle, the trial judge opined that the plaintiffs essentially attempted to convert their alleged damages to personal claims by substituting the word “Plaintiffs” for “Fort Lee Bank” in their Complaint.  Said the trial court,

The essence of the Complaint is that Alma Bank caused injury to Fort Lee Bank by misrepresenting to Fort Lee Bank its intentions to consummate the merger. The prospective economic benefits that Plaintiffs claim they would have received from a successful transaction with another potential investor are similarly damages that were suffered by Fort Lee Bank, not to the shareholders individually.  [Opinion, * 7]

Citing the absence of any special injuries supporting the plaintiff’s claims, the Court noted that their damages were no different than that which other Fort Lee Bank shareholders could have sustained.  “The loss asserted is plainly translated as meaning the loss of a shareholders’ investment in the Bank. That loss of share value is by definition suffered by all shareholders alike and is not a unique harm suffered by just the Plaintiffs.” Hence, the Court held that the minority shareholders cannot file suit against defendants for damages incurred by Fort Lee Bank.  Rather, Fort Lee Bank is the entity possessing the legal rights to pursue claims against the defendants.

In response to the motion to dismiss, it is unclear why the plaintiffs did not seek the court’s permission to file an amended Complaint to assert a derivative claim, especially considering that trial courts are bound to liberally grant amendments to pleadings in this context.  Perhaps the plaintiffs, as minority shareholders of Fort Lee Bank, were unable to secure a majority of shareholder approval to file a derivative suit in the first place.  It remains to be seen whether an amended complaint asserting a derivative cause of action is filed, or whether Fort Lee Bank files suit in its own name.