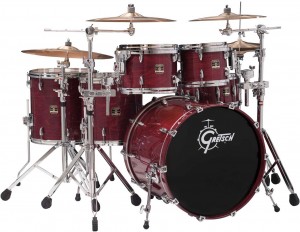 “I don’t want to work.  I want to bang on the drum all day.” “Bang The Drum All Day“, Todd Rundgren, 1983.  Not necessarily so, said the New Jersey Appellate Division in a May 30, 2014 published decision that reversed the trial court’s dismissal of a homeowner’s complaint that her neighbor’s son’s incessant drum playing constitutes a nuisance. Traetto v. Palazzo, ___ N.J. Super. ___ (App. Div. 2014).

Plaintiff is a computer analyst who works exclusively from her home.  At the trial level the plaintiff sought to an injunction prohibiting her next-door neighbor’s 15-year old son from playing the drums in defendants’ detached garage that was located about 15 feet from plaintiff’s house.  Asserting a common law nuisance claim, plaintiff, a computer analyst who worked exclusively from her home, contended that the drum-playing had been occurring “at various lengthy periods, at intermittent hours, both day and night,”  was preventing her from working at home, was adversely affecting her job performance, and was disrupting her ability to enjoy the peace and quiet her home, and preventing her from sleeping.

When plaintiff moved for an order permitting her to inspect defendants’ garage and the drum set, defendants resisted and filed a motion for summary judgment – a procedure that allows the trial court to dismiss a litigant’s complaint if the Court determines there are no genuine issues of material fact in dispute and that the moving party is entitled to a judgment as a matter of law.  In support of their summary judgment motion, the defendants submitted a sworn statement representing that that their son played the drums only from 4-7 P.M. and on weekend afternoons, and that their son was not allowed to play the drums in the evening.  Further, the defendants submitted a letter from the town’s health administrator issued in response to a noise ordinance complaint filed by the plaintiff. After conducting a basic noise meter reading, the administrator concluded that the son’s drum playing did not exceed the town’s municipal noise ordinance.

In response to the defendants’ summary judgment motion, plaintiff submitted a sworn statement testifying that she was being treated by a licensed therapist who was of the opinion that plaintiff was suffering from stress and anxiety and had feelings of hopelessness because of the defendants’ lack of a response to her complaints about the loud drum playing. Plaintiff also provided the trial court with a certification from her neighbor who lives about 84 feet from the defendants’ detached garage which corroborated plaintiff’s noise complaints.  Specifically, plaintiff’s neighbor certified that the son’s drum playing “is unreasonably loud” and is “so incessant and loud that the drums appear to be beaten by a maniac.”  Finally, plaintiff provided the court with a tape recording of the son’s drum playing

The trial court granted summary judgment, finding that the drumming did not occur after 7 P.M. and siding with the municipal health administrator’s findings that no violation of the local noise ordinance had occurred.  The judge also denied plaintiff’s motion to inspect the detached garage, finding it “an unwarranted invasion of private property.”  Plaintiff appealed and won a reversal.

The Appellate Division concluded that a genuine factual dispute exists as to whether the drumming had occurred at night, as plaintiff swore in her Complaint, but which defendants denied in their own sworn certification.  The appeals court opined that it was wrong for the trial court ”to weigh the evidence and determine the outcome” on summary judgment, rather than leaving the issue for trial.  Additionally, the municipal health administrator’s opinion that the town’s noise ordinance had not been violated did not remove the need for the court to determine whether “the character, volume, frequency, duration, time, and locality of the noises … unreasonably interfere[d] with plaintiff’s health or comfort,” for purposes of a common law nuisance claim.

As the appeals court recited, to prove that a specific source of noise Constitutes a nuisance, a plaintiff must demonstrate the following elements by clear and convincing evidence “(1) injury to the health or comfort of ordinary people to an unreasonable extent, and (2) Unreasonableness under all the circumstances, particularly after balancing the needs of the maker to the needs of the listeners.” Malhame v. Borough of Demarest, 162 N.J. Super. 248, 261 (Law Div. 1978), appeal dismissed, 174 N.J. Super. 28 (App. Div. 1980).

Explaining how a nuisance differs from the occasional annoyance, the Appellate Division remarked that occasional noisy disturbances concomitant with residential living can rise to the level of nuisance if, based on proximity, magnitude, frequency, and time of day, they cause some residents “more than mere annoyance, . . . temporary physical pain[,] and more than usual anxiety and fright.” Malhame, 162 N.J. Super. at 263.

The trial court’s rejection of plaintiff’s demand to inspect the detached garage was also held to be error.  New Jersey Court Rule 4:18 expressly permits inspections of property “or any designated object or operation thereon.”  There was no privacy issue, since this was a detached garage, not defendants’ home.  The appeals court opined that an inspection could unquestionably have led to relevant evidence, including the size of the drum set, the presence or absence of any sound amplification, and whether steps had been or could be taken to muffle the sound of the drums.  Accordingly, the appellate court reversed the summary judgment and returned the case to the trial court for further proceedings.