Dismissal or Conversion of a Bad Faith Chapter 13 Bankruptcy Case 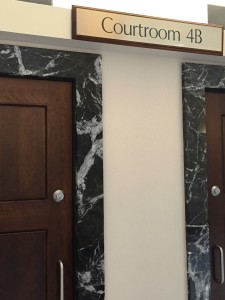 Much to your surprise, someone you loaned a substantial amount of money to just filed for Chapter 13 bankruptcy protection and didn’t even give you the courtesy of a phone call in advance. You receive a notice in the mail from the bankruptcy court informing you of the filing. Your only proof of the debt is a signed promissory note and a copy of your cancelled check. Should you toss the notice in the garbage and just assume you’ll never see a dime from this person?

Perhaps, but in some instances upon closer examination it may be determined that your debtor filed the bankruptcy case in bad faith either by deliberately omitting the disclosure of assets, income, or both. As bankruptcy relief is intended for the honest but unfortunate individuals, intentionally falsifying a bankruptcy petition can result in the bankruptcy court dismissing the Chapter 13 case or converting it to a liquidation bankruptcy case under Chapter 7.

Chapter 13 bankruptcy is a reorganization process where individual debtors propose monthly repayment plans based on the amount of their disposable income and equity, if any, in real estate and other assets. Often, Chapter 13 cases are filed to cure defaults in mortgages, car refinance loans, car leases, or residential apartment leases. Because the Chapter 13 bankruptcy process allows for curing of defaults over a 3 to 5 year period, it offers individuals the opportunity to retain their property while making the monthly payments under a confirmed bankruptcy plan.

The Bankruptcy Code provides authority for the bankruptcy court to dismiss a Chapter 13 case or convert it to a Chapter 7 liquidation based on “cause.”  This authority is found in 11 U.S.C. § 1307(c) which provides that “[e]xcept as provided in subsection (e) of this section, on request of party in interest or the United States trustee and after notice and a hearing, the court may convert a case under this chapter to a case under chapter 7 of this title, or may dismiss a case under this chapter, whichever is in the best interests of creditors and the estate, for cause….” Id.  (Emphasis added). Thus, a creditor who moves to dismiss or convert a Chapter 13 bankruptcy case must be mindful that the bankruptcy court is required to consider the interests of all creditors and the bankruptcy estate as a whole.

With the enactment of the Bankruptcy Abuse Prevention and Consumer Protection Act of 2005 (“BAPCPA”), Congress enlarged the requirements for confirmation of a debtor’s chapter 13 plan to include that “the plan has been proposed in good faith and not by any means forbidden by law,” 11 U.S.C. 1325(a)(3), and a determination of good faith in the filing of petition. 11 U.S.C. § 1325(a)(7).  In Marrama v. Citizens Bank of Mass., 549 U.S. 365 (2007), the Supreme Court recognized that at the outset of a chapter 13 case, in response to a motion to dismiss the case or convert the case to a case under chapter 7 and prior to a confirmation hearing, a court can determine whether the debtor acted in bad faith prior to, or in the course of, filing a chapter 13 petition. Marrama, 549 U.S. at 368.  It stated that “despite the absence of any statutory provision specifically addressing the issue, the federal courts are virtually unanimous that prepetition bad-faith conduct may cause a forfeiture of any right to proceed with a Chapter 13 case.” Id. at 367-68. It later discussed the expansion of Section 1307(c) to include prepetition bad-faith conduct as the statutory authority for the conversion or dismissal. Id. at 373.

In In re Gamborcato, Case No. 11-18849 (Unpublished, Bankr. D.N.J., July 27, 2011)(Hon. Kathryn C. Ferguson), the Bankruptcy Court for the District of New Jersey offered an in-depth analysis of bad faith in the context of a motion to dismiss a Chapter 13 bankruptcy case. “The Lilley court noted that “[g]ood faith is a term incapable of precise definition”; therefore, the good faith inquiry is a fact intensive determination.” Gamborcato, * 2 (citing Lilley, 91 F.3d at 496 (3d Cir. 1996) (other internal citation omitted)). As there is no clear definition in the Bankruptcy Code as to what constitutes good faith, bankruptcy courts must look at the totality of the circumstances when making such a determination. In re Goddard, 212 B.R. 233, 238 (D.N.J.1997)

Among the factors considered under the totality of the circumstances inquiry include:

Material misrepresentations and omissions in a debtor’s schedules are factors that a court may consider in determining whether dismissal for bad faith is appropriate. See, e.g., In re Fox, 521 B.R. 520, 532 (Bankr. D.Md. 2014) (addressing bad faith under 11 U.S.C. § 707(b)(3)(A)). Debtors have an ongoing and independent duty to provide accurate and complete information on their schedules regardless of whether they were assisted by counsel in preparing their schedules. See In re Barrows, 399 B.R. 506, 511 (Bankr. D. Minn. 2009). “The purpose of the schedules is to ensure that there is adequate information available to the debtor’s creditors – there should be no independent duty placed upon the creditors to conduct an investigation to ensure that the information in the schedules and statements is true, accurate and complete.” In re Seung Chan Park, 480 B.R. 627, 639 (Bankr. D. Md. 2012). “To allow [a debtor] to use his discretion in determining the relevant information to disclose would create an end-run around this strictly crafted system.” Id. (quoting In re Weldon, 184 B.R. 710, 715 (Bankr. D.S.C. 1995)). “Creditors should not have to ‘drag the truth’ from the debtor and the debtor should be required to abide by the ‘cardinal rule: when in doubt, disclose.’” Id. (quoting In re Halishak, 337 B.R. 620, 630 (Bankr. N.D. Ohio 2005)).

If the bankruptcy process is to have credibility, schedules must be accurate and complete. As one bankruptcy court explained:

Honesty and full disclosure are absolutely required for bankruptcy jurisprudence to function and have credibility among its participants and the public. Full disclosure in any bankruptcy case begins with accurate schedules, including a description of all the debtor’s assets. Schedules are signed by debtors under penalty of perjury, and counsel signs bankruptcy petitions under the implicit representations of Rule 9011(b). The gauge for measuring the accuracy of bankruptcy schedules is not calibrated with the same tepid standard applicable to averments in a civil action complaint. Rather, bankruptcy schedules are representations of hard facts about which there should be little or no equivocation, and to the extent there is uncertainty, it should be explained.

A party seeking to dismiss a Chapter 13 bankruptcy case bears the initial burden to question a debtor’s good faith. But then the burden shifts to the debtor to prove his or her good faith.  Gamborcato, *2 (citing In re Tamecki, 229 F.3d 205, 207 (3d Cir. 2000). As this Court remarked in Gamborcato, “The Third Circuit has provided additional guidance with respect to weighing the burdens and evaluating the circumstances:

First, we noted that a finding of lack of good faith should not [be] lightly infer[red]. Second, we cautioned that dismissal should be confined carefully and utilized only in egregious cases that entail concealed or misrepresented assets and/or sources of income, lavish lifestyles, and intention to avoid a large single debt based upon conduct akin to fraud, misconduct or gross negligence.”

Disclaimer: This article is published for informational purposes only, and is not intended to create an attorney client relationship between the reader and the law firm of LoFaro & Reiser, L.L.P.  Further, this article is not intended to be an exhaustive review of its subject matter, and is otherwise limited to the standards established by the Third Circuit U.S. Court of Appeals as applied to bankruptcy cases adjudicated in the United States Bankruptcy Court for the District of New Jersey.