Can the Court Require a Litigant to Disclose Personal Income Tax Returns in Pretrial Discovery? 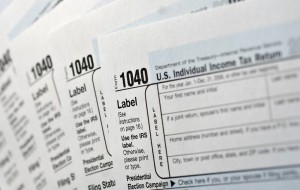 Depending upon the claims and defenses raised in the context of a particular civil lawsuit, the information contained in a party’s business or personal income tax return may be a relevant area of inquiry for pretrial discovery.  However, most taxpayers will not voluntarily surrender their tax returns simply because the information is being sought by the other side’s lawyer. To the contrary, a demand for production of income tax returns is often met with resistance. Thus, before seeking the production of an adversary litigant’s income tax returns as part of pretrial discovery demands, careful thought must be given as to why the information is needed, what it may help prove, and whether there is sufficient reasons or “good cause” to be demanding it?

The scope of discovery in New Jersey civil litigation matters is dictated by R. 4:10-2, which allows for the “discovery of any matter, not privileged, which is relevant to the subject matter involved in the pending action, whether it relates to the claim or defense of the party seeking discovery or to the claim or defense of any other party, including the existence, description, nature, custody, condition and location of any books, documents, electronically stored information, or other tangible things and the identity and location of persons having knowledge of any discoverable matter. ”  R. 4:10-2(a).

The Ullmann court recognized that “[T]he average taxpayer is sensitive about his return and wishes to keep it from publication,” and that the taxpayer “is entitled to that privacy unless there is a strong need to invade it.”  Id. at 415.  The Appellate Division in Ullmann developed the following procedure to guide trial courts faced with a discovery demand for income tax returns:

If disclosure will not serve a substantial purpose it should not be ordered at all. If ordered, disclosure should be no greater than justice requires. The disclosure of entire returns should never be ordered if partial disclosure will suffice, and in all but the clearest cases the return should be examined by the judge before any disclosure is ordered. Even then the judge should impose such restrictions and limitations as may be necessary for the protection of the taxpayer.

A recently published Appellate Division case illustrates that “good cause” for the production of a litigant’s income tax returns can be established if the information is sought to impeach a party’s credibility at trial.   FIK-Rymarkiewicz v. UMDNJ, 430 N.J. Super. 469 (App. Div. 2013). In that case, which involved a former employee’s claims of emotional distress, employment discrimination and unpaid wages.  the Appellate Division affirmed the trial court’s ruling that plaintiff’s personal income tax returns were relevant where plaintiff testified her husband was not working.   The former employer UMDNJ sought production of plaintiff’s income tax returns to verify whether her husband had reported income, to confirm if he had been working, and to compare income levels before and after UMDNJ terminated her.   In upholding the trial court’s ruling that the tax records were relevant to plaintiff’s emotional distress claim, the Appellate Division concluded that although she testified that her husband was not working, if her tax returns showed otherwise, then this inconsistency would be relevant to impeach her credibility.

Because each case must be decided on its own facts, there can not be a universal application of good cause for the production of a litigant’s tax returns.   For example, a business plaintiff’s income tax returns would be relevant if the plaintiff is alleging a loss of profits from the alleged misconduct of the defendants.   On the other hand, a business plaintiff’s income tax returns likely would not be considered relevant in a simple breach of contract case.

Legal Disclaimer:  This article is intended for informational purposes only, and shall not be considered or construed as providing legal advice on any particular set of circumstances.   Neither the posting of this article,  printing or sharing of this article shall constitute an attorney-client relationship between the reader and LoFaro & Reiser, L.L.P.