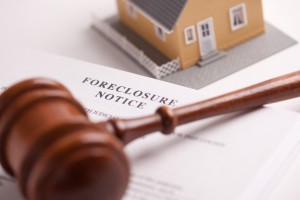 It’s the rare occasion that a prior recorded mortgage is held to be inferior to a subsequently recorded mortgage. But that was the ruling by the New Jersey Appellate Division in a decision published on June 17, 2015.  Rosenthal & Rosenthal vs. Riker, Danzig, Sherer, Hyland & Peretti, L.L.P., (Docket No. A-2890-13T3 (App. Div. 2015).  This case merits close attention by lenders and factors who offer mortgage securities that allow the lender to provide “optional advances” to the borrower.

Riker Danzig, a New Jersey law firm, successfully appealed the trial courts rulings issued in a foreclosure action that granted priority to two earlier mortgages recorded by the plaintiff Rosenthal & Rosenthal (“Rosenthal”), an international factoring company. The facts are rather straightforward. In 1995 Rosenthal agreed to lend (or factor) against the accounts receivables of a camera sales business known as Jazz Photo which was owned by Jack Benum and others in his family. A written agreement dated July 12, 1995 provided that Rosenthal would advance up to 70% of the net amount of receivables purchased by Rosenthal and not as yet collected.  About 5 years later Jack Benum’s daughter Vanesa Benum signed a personal guaranty in which she agreed to guarantee all of Jazz Photo’s debt obligations to Rosenthal under the 1995 factoring agreement.

In 1995 Rosenthal also entered into a factoring agreement with Ribi Tech, another entity owned by the Benum family. This factoring agreement gave Rosenthal the sole discretion to determine how much money to advance to Ribi Tech based on a fixed percentage of eligible accounts receivable or eligible inventory. About a week later Vanesa Benum executed a second guaranty agreement with Rosenthal in which she personally guaranteed payment of Ribi Tech’s debt obligations to Rosenthal. Venesa also provided Rosenthal with another mortgage in the amount of $1 million (the 2005 mortgage) securing the Ivy Property.  The 2005 mortgage contained the same dragnet clause and anti-alienation provision that prohibited Vanesa from further mortgaging the Ivy Property. The 2005 mortgage was recorded in the Monmouth County Clerk’s Office on April 13, 2005.

Jack Blum had used the services of the Riker Danzig law firm in the past, and ran up an unpaid legal bill in excess of $1.6 million. To secure her father’s obligation to pay the Riker Danzig firm’s legal fees, on March 27, 2007 Vanesa signed a mortgage in favor of Riker Danzig giving the law firm a lien on the Ivy Property. The Riker Danzig mortgage was recorded in the Monmouth County Clerk’s Office on April 13, 2007.

In August 2007, a lawyer for Rosenthal acknowledged Riker Danzig’s mortgage when he sent an email to the firm asserting that the mortgage was subordinate to the pair of mortgages previously executed in favor of Rosenthal.  After that, Rosenthal, as per the factoring agreements, continued advancing money to the Benun companies, and Riker Danzig continued providing legal services.

At least one of the companies went into bankruptcy, and Rosenthal ceased advancing funds. Ultimately, Rosenthal was owed $3.99 million, while Riker Danzig was owed more than $3 million—sums that eclipsed the value of the Ocean Township property, according to the Appellate court’s opinion.

In April 2012, Rosenthal filed suit against Benun to foreclose on the Ivy Property. Riker Danzig filed a contesting answer claiming that its mortgage had priority over the Rosenthal mortgages.

Riker Danzing appealed, claiming that its mortgage had priority under the law of “future advance mortgages.” Such mortgages securitize funds advanced not only at the time of execution, but after execution as well.  Because Rosenthal continued advancing cash to the Benun companies after it had notice of the Riker Danzig mortgage in 2007, the Riker Danzig mortgage, not the Rosenthal mortgages, have priority, the law firm argued.

Relying on case law that dates back to the 1860s, the Appellate Division ruled in favor of Riker Danzig, holding that the law firm’s mortgage has priority even though it was executed and recorded after Rosenthal’s mortgages. “Because Rosenthal made optional [cash] advances with actual knowledge of Riker’s subsequent mortgage, the common law gives priority to the Riker mortgage over the earlier Rosenthal mortgages,” the Appellate Division said. “These common-law rules of priority place Riker ahead of Rosenthal as to any optional future advances that Rosenthal made … after it had actual notice of the Riker mortgage,” said the appeals court.

The Appellate Division relied on Lincoln Federal Savings & Loan Association v. Platt Homes, a 1982 Chancery Division case—but reached as far back as 1864, when Ward v. Cooke, another New Jersey chancery case, was decided. “Although these precedents date from the 19th century, they have not been overruled or superseded by any case or statute that has been brought to our attention,” the appeals court remarked.

Rosenthal “was in a position to avoid subordination of its future advances simply by declining to make additional advances until the Riker mortgage might expressly be made subordinate to the Rosenthal mortgages. By failing to take such a step, Rosenthal subjected itself to the application of the common-law rules on priorities,” stated the appeals court, noting that Rosenthal took no action to protect its mortgages until after the Benun companies defaulted on the factoring agreements in 2009, and continued to make cash advances in the interim.

Expect this case to appealed to the New Jersey Supreme Court.