Gaining The Upper Hand In Probate Litigation: Pre-Trial Motion Shifting The Burden Of Proof On An Undue Influence Claim 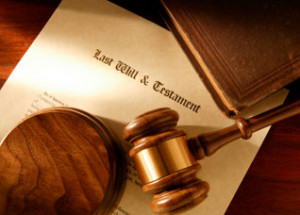 Practitioners are constantly searching for ways to gain an advantage over their adversary.  In estate litigation involving undue influence claims, one tactic rarely employed is filing a pre-trial motion for partial summary judgment shifting the burden of proof to the proponent of the disputed Will or gift to prove that the bequest or transfer at issue was not the product of undue influence.  While these motions are factually sensitive and often filed at the conclusion of one’s case at trial, filing the motion at the pre-trial stage forces the Court to tip its hand as to how your claim may be received at trial and could result in a crippling blow to your adversary if the motion is granted.

In New Jersey, it is well settled that when a person makes a testamentary disposition of property or a gift causa mortis, the beneficiary of such gift must initially establish that the disposition of property by the decedent complied with the requisite legal formalities and that the donor or testator had the requisite legal capacity at the time of the transfer or gift. See e.g.  In re Stockdale, 196 N.J. 275 (2008).  However, even when it may be presumed that the testator or donor is of sound mind to execute either a will or other instrument creating a testamentary disposition of the decedent’s property, such presumption can be overcome by showing undue influence at the time of the execution of the will or other instrument.  See Haynes v. First Nat’l State Bank, 87 N.J. 163, 176 (1981); see also In re Stockdale, 196 N.J. at 302-304.  Undue influence has been defined as “… mental, moral or physical exertion which destroyed the free agency of a Testator by preventing the Testator from following the dictates of his own mind and will and accepting instead the domination and influence of another.” Haynes, 87 N.J. at 176; see also In re Stockdale, 196 N.J. at 302-304.  Those same legal principles apply to any testamentary disposition, whether by will or otherwise.

Where no confidential relationship is shown to exist between the beneficiary and the testator or donor at the time of the execution of the Will or other instrument is alleged, the party seeking to set aside the gift or transaction has the burden to allege sufficient facts to establish the exercise of undue influence. See In re Stockdale, 196 N.J. at 302-304.  However, where a confidential relationship between the testator or donor and the beneficiary existed and there is even a slight indication of “suspicious circumstances,” the burden of proving that the transaction or gift was fully understood and the free, knowing and voluntary act of the testator will shift to the beneficiary to demonstrate that the transaction was free from doubt or any undue influence. Id. at 303-304.  Although the “burden of proof is usually discharged in accordance with the preponderance of the evidence standard, In re Catelli’s Will, 361 N.J. Super. 478, 487, 825 A.2d 1209 (App. Div. 2003), if the presumption arises from “a professional conflict of interest on the part of an attorney, coupled with confidential relationships between a testator and the beneficiary as well as the attorney,” the presumption must instead be rebutted by clear and convincing evidence.” Id. (citing Haynes, 87 N.J. at 183).

The second element necessary to raise a presumption of undue influence is the presence of suspicious circumstances.  As previously stated, such circumstances need be no more than “slight.” Haynes, 87 N.J. at 176.  Suspicious circumstances can include, for example, “(1) the initiation of proceedings for the preparation of the instrument; (2) participation in such preparation; (3) presence at the execution of the will; (4) efforts to exclude the natural objects of testator’s bounty from his society; (5) concealing the making of the will; and (6) taking possession of the will.” In re Estate of Raynolds, 132 N.J. Eq. 141 (1942).

While pre-trial motions to shift the burden of proof on undue influence claims are difficult to win (there are no reported cases on the issue), having the opportunity to argue the merits of your undue influence claim to the Court before trial is invaluable.  Our firm recently filed such a motion in a Will contest case and received partial summary judgment on the issue of “suspicious circumstances,” but not on whether the beneficiary and testator shared a “confidential relationship.”  However, the Court commented at the hearing that while a factual dispute precluded summary judgment on this issue, the motion record suggested that our client would likely be able to establish the existence of a confidential relationship at trial.  This ruling significantly impacted the case going forward and played a huge role in the parties reaching a settlement before trial.