Posted by Glenn Reiser May 1, 2014 Foreclosure 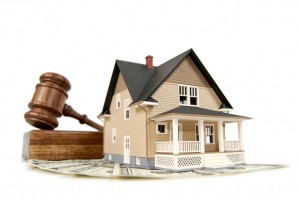 In a stunning reversal of fortune, HSBC Bank was ordered to pay over $54,000 in legal fees incurred by homeowners who successfully fended off a foreclosure suit based on HSBC’s inability to prove ownership of the underlying mortgage and note.   HSBC Bank vs. Nini, A-1941-11T1 (App. Div. , Unpublished, April 30, 2014).

According to the Appellate Division’s unpublished opinion, this was a hotly contested foreclosure case where the homeowners were challenging HSBC’s rights or standing to seek foreclosure of the mortgage because HSBC could not produce a chain of title for the promissory note which had been assigned twice. See Wells Fargo Bank, N.A. v. Ford, 418 N.J. Super. 592, 597 (App. Div. 2011)(“As a general proposition, a party seeking to foreclose a mortgage must own or control the underlying debt. In the absence of a showing of such ownership or control, the plaintiff lacks standing to proceed with the foreclosure action and the complaint must be dismissed.”)

During the course of pretrial discovery, the homeowners successfully persuaded the trial court to enter an order compelling the deposition of an officer of HSBC’s authorized loan servicing agent who signed the assignment of the mortgage loan to HSBC.  The bank claimed it was unable to produce this witness, and thus asked the Court to voluntarily dismiss its foreclosure complaint without prejudice pursuant to New Jersey Court Rule 4:37-1(b) which permits dismissal by court order “upon such terms and conditions as the court deems appropriate.”  Id.  Defendants opposed HSBC’s request arguing that any dismissal must be “with prejudice” and conditioned on HSBC reimbursing them for their legal fees and costs in defending the case.  The trial court granted HSBC’s motion to voluntarily dismiss its foreclosure complaint “without prejudice,” but determined to require HSBC to pay $54,068.46 in legal fees and costs.

On appeal, HSBC argued the trial judge abused her discretion in awarding attorney’ fees, and alternatively, erred as a matter of law, by not offsetting the fee award against the mortgage debt owed by defendants.  HSBC maintained that the defendants owed in excess of $700,000 for a property valued at only $361,000, and thus any sanctions award must be offset by the debt due and owing on the mortgage.  The appeals court emphatically rejected both arguments and upheld the total $54,068.46 sanction.

In finding no basis to offset the legal fee award against the mortgage debt, the trial judge reasoned that HSBC must first establish its legal right to foreclose on the mortgage before a court can rule that there exists a mutual creditor-debtor relationship – that each party owed a debt to the other – necessary to apply an offset.   Unable to establish the existence of an enforceable mortgage debt against the homeowners, the appellate court held that no offset against the mortgage debt is permitted under these circumstances.  Because the voluntary dismissal of HSBC’s complaint the trial court never was precluded from making a final determination of the amount allegedly due and owing to HSBC on the mortgage and note.

Of course, no case is without its strange twists.   At some point either before or during the foreclosure case each of the defendants filed for bankruptcy protection . The appellate record did not include sufficient information to determine whether either of the defendants disclosed the trial court’s fee award to their respective bankruptcy trustees.   Whether their bankruptcy trustees have asserted an interest in the fee award is not mentioned in the appellate decision.

In any event, this case serves as a strong wake-up call to lenders:  BEFORE FILING A FORECLOSURE SUIT THE LENDER MUST MAKE SUFFICIENT INQUIRY TO ENSURE PROOF OF THE PROPER CHAIN OF TITLE AS TO ITS OWNERSHIP OF THE UNDERLYING PROMISSORY NOTE AND MORTGAGE.