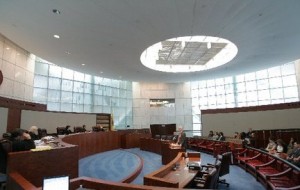 We initially reported on this case in 2015 when the Appellate Division ruled in the law firm’s favor.  See Rosenthal & Rosenthal, Inc. v. Benun, 441 N.J. Super. 184 (App. Div. 2015) .The facts need not be repeated from our initial post discussing this case.  https://njlawconnect.com/foreclosure-mortgage-priority-new-jersey-optional-mortgage-advances.

The ruling serves notice to the holders of optional advance mortgages, such as the factoring companies in this particular case. A lender who has the option of advancing funds to a borrower under an existing mortgage will be deemed to subordinate its mortgage to the extent of any advances made after possessing actual knowledge of the recording of an intervening mortgage, as occurred in this case.

The New Jersey Supreme Court remarked, however, that New Jersey’s mortgage-priority statute, N.J.S.A. 46:9-8 to -8.5, preserves priority only for future advances made under a line-of-credit agreement, which are by definition mandatory, thereby denying priority to discretionary principal advances. In other words, a lender who is compelled to make future advances under a credit line agreement retains their priority over an intervening mortgage, whereas discretionary advances do not.

Justice Cuff, writing for the Court, explained that discretionary advances put the borrower in the catch-22 position of being held beholden to the lender’s control without the ability to seek additional financing based on the property’s equity. “Vesting the first mortgagee with priority, even over optional advances, thus creates the risk that the borrower will have substantial, but unavailable, equity,” said Justice Cuff.

This significant decision reaffirms New Jersey law on the priority of future advance mortgages. For the factoring companies in this case the NJ Supreme Court’s decision represents a disaster because the property is worth less than the amount of all mortgage loans. This means that the law firm can foreclose upon the factoring companies’ liens for the advances made after they acquired actual notice of the law firm’s intervening mortgage lien.