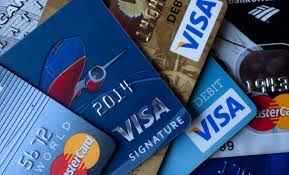 A plaintiff suing on an assigned, charged-off credit card debt must prove both ownership of the defendant’s debt and the amount due to the card issuer when it closed defendant’s account. Thus, plaintiff must prove it owned defendant’s credit card debt, whether one characterizes this as standing to sue or an essential element of proof on an assigned claim.  See Wells Fargo Bank, N.A. v. Ford, 418 N.J. Super. 592, 599-600 (App. Div. 2011); Triffin v. Somerset Valley Bank, 343 N.J. Super. 73, 79-82 (App. Div. 2001).

Citing the controlling New Jersey statute governing assignment of debts and other legal obligations, the Appellate Division noted that credit card debt is assignable pursuant to N.J.S.A. 2A:25-1.   The Court explained that:

In order for such assignment to be valid, it “must contain clear evidence of the intent to transfer the person’s rights and ‘the subject matter of the assignment must be described sufficiently to make it capable of being readily identified.'” Berkowitz v. Haigood, 256 N.J. Super. 342, 346 (Law Div. 1992) (citations omitted).  Moreover, “[o]nce properly notified of the assignment, the obligor is charged with the duty to pay the assignee and not the assignor.” Ibid.

In this case the plaintiff Main Street Acquisition (“Main Street”) purchased a credit card debt portfolio from Chase/Washington Mutual (“Chase”) which included a $7731.68 debt due from Robert Nemeth.  Chase had closed and “charged off” Mr. Nemeth’s account.   The transaction between Main Street and Chase was confirmed by a bill of sale which incorporated a spreadsheet identifying Mr. Nemeth’s account among thousands of other accounts that were purchased by and assigned to Main Street.  The spreadsheet attached to the bill of sale identified Mr. Nemeth’s account by referencing his name, account number, his address, home and work phone numbers, social security number, payment history, and outstanding balance.

The transaction between Main Street and Chase also resulted in Main Street receiving Chase’s business records for the specific accounts.  The Chase periodic credit card statements pertaining to Mr. Nemeth’s account confirmed that he stopped making the minimum payments in August 2009. Chase closed the account on December 3, 2010.  On January 24, 2012, Main Street sent Nemeth a debt collection letter informing him that it had purchased his Chase account and was demanding payment. Nemeth disputed the debt in writing to Main Street.  Thereafter, Main Street filed suit against Nemeth in the Superior Court of New Jersey.

In successfully obtaining summary judgment at the trial level which was upheld at the appellate level, the appeals court was satisfied that Main Street properly verified its ownership of the account, and hence its legal standing to pursue collection of the debt, through possession of Chase’s business records including a valid assignment that met the requirements of New Jersey’s assignment statute, N.J.S.A. 2A:25-1.

In addition, the appeals court rejected Nemeth’s other defense that Chase failed to establish that it had acquired his account from Washington Mutual Savings with whom he originally opened the account with.  The court took judicial notice that the Federal Deposit Insurance Corporation assumed control over Washington Mutual and sold all of its assets to Chase.  Further, the court remarked that Nemeth made many purchases with this credit card after Chase acquired Washington Mutual’s assets, and had received numerous monthly billing statements from Chase.  Accordingly, the court found a direct contractual relationship existed between Nemeth and Chase.