Not Every Error Justifies Vacating a Sheriff’s Sale When it Would Serve no Purpose, says NJ Appellate Court 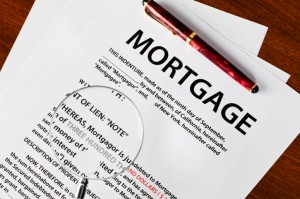 In an unpublished opinion issued on June 25, 2014, the New Jersey Appellate Division cited principles of equity in rejecting a homeowner’s request to vacate a sheriff’s sale based on his allegation of not receiving notice of the sale date in strict compliance with New Jersey Court Rule 4:65-2.  The Court affirmed the Chancery Judge’s ruling that an extension of the redemption period – the time period under NJ law that allows a homeowner to pay off the foreclosure judgment after a sheriff’s sale but prior to delivery of a sheriff’s deed – sufficed to remedy any alleged defect in notice. Mortgage Electronic Registration Systems, Inc. v. Eschenbach, 2014 WL 2864959 (App. Div. June 25, 2014).   Here, the trial judge awarded defendant an additional sixty days to redeem the mortgage even though a sheriff’s deed already had been delivered to the winning bidder at the sale.

The brief facts of this case are as follows:  On October 25, 2010, the Chancery Division entered final judgment of foreclosure for $205,920.90, plus interest and costs. The judgment further directed the Sheriff to conduct a sale, and the court issued a writ of execution the same day.   Employees of the Sheriff’s Office claimed that notice was posted at the property on February 11, 2011 stating that a sheriff’s sale would be conducted on February 22, 2011.  Defendant asserted that no such notice was posted at the property.  In any event, the scheduled sheriff’s sale was adjourned for several months thereafter. The sale was re-scheduled for May 17, 2011, and plaintiff provided mailed notice of the sale to defendant and his wife on May 5, 2011. The sale was held on May 17, 2011, and a third party purchaser/bidder paid $313,000. A sheriff’s deed was transferred to the successful bidder on May 29, 2011, and recorded on June 6, 2011.

On June 15, 2011 the defendant and his wife filed a motion to vacate the sheriff’s sale, claiming lack of notice. On October 28, 2011, the trial judge issued an oral opinion denying the motion. He explained that the mailed notice of May 5, 2011, did not strictly comply with the requirements of Rule 4:65-2, and that such noncompliance would compel vacating the sale if defendant and his wife had no actual knowledge of the sale.  However, when balancing the equities of the situation, the trial judge observed that “notably absent from defendants’ application is whether they have the ability to redeem the foreclosed property.”  Relying on the decision in United States v. Scurry, 193 N.J. 492 (2008), and accepting the representation of the defendant’s counsel that his clients “will be able to redeem” within sixty days, the trial court declared that rather than conducting a hearing to determine whether defendants received actual notice of sale and had the ability to redeem, the defendants would be afforded sixty days to redeem.  The trial judge opined that it would be impractical to order a hearing if the defendants were not in a position to redeem.  As the trial judge remarked, ” . . . the law does not compel one to do a useless act and that equity follows the law.”  Mortgage Electronic Registration Systems, Inc. v. Eschenbach, 2014 WL 2864959.

The Appellate Division agreed and determined that the trial judge did not abuse his discretion in denying the homeowner’s motion to vacate the sheriff’s sale. The Appellate Division referred to the Supreme Court’s decision in Scurry which explained, “it makes little sense to return the parties to the procedural juncture where the error fist occurred”. United States v. Scurry 193 N.J.  at 506 .