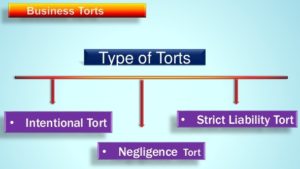 One of the primary benefits for individuals operating a business under the umbrella of a corporation or limited liability company is avoiding personal liability. As a general matter, “[t]he rule of law that has evolved in New Jersey is that the corporate form as a wholly distinct and separate entity will be upheld.” Coppa v. Taxation Div. Director, 8 N.J. Tax 236, 246 (Tax Ct. 1986). As such, “a primary reason for incorporation is the insulation of shareholders from the liabilities of the corporate enterprise.” State Dep’t of Envtl. Prot. v. Ventron Corp., 94 N.J. 473, 500 (1983).

Known as the “tort participation theory”, this requires the corporate officer to have sufficient involvement in the commission of the tort. Saltiel v. GSI Consultants, Inc., 170 N.J. 297, 3030 (2002). Under the “tort participation theory, liability can attach even if the officer’s acts were performed for the corporation’s benefit and the officer did not personally benefit. Id.

In a decision decided in 1950, the New Jersey Supreme Court explained the rationale for holding corporate officers personally liable in such cases:

It is well settled by the great weight of authority in this country that the officers of a corporation are personally liable to one whose money or property has been misappropriated or converted by them to the uses of the corporation, although they derived no personal benefit therefrom and acted merely as agents of the corporation. The underlying reason for this rule is that an officer should not be permitted to escape the consequences of his individual wrongdoing by saying that he acted on behalf of a corporation in which he was interested.

Personal liability may also follow from omissions as well as acts. For instance, in Francis v. United Jersey Bank, 87 N.J. 15 (1981), the New Jersey Supreme Court imposed liability on a director for failing to prevent other directors from taking trust funds from the corporation.

Another legal theory to impose personal liability on corporate officers and shareholders is known as “piercing the corporate veil”, an equitable doctrine providing redress for an underlying wrong in circumstances where recovery is not otherwise possible because the primary defendant is a business entity without assets to pay a judgment. See Verni v. Harry M. Stevens, Inc., 387 N.J. Super. 160, 199 (App. Div. 2006).

A multitude of factors are evaluated to determine the doctrine’s application, including failure to observe corporate form, under-capitalization and commingling or misuse of corporate funds. The doctrine’s central purpose is “to prevent an independent corporation from being used to defeat the ends of justice, to perpetrate fraud, to accomplish a crime, or otherwise to evade the law.” Ventron, supra, 94 N.J. at 500.

An example of applying the CFA to hold a corporate officer or employee personally liable is Allen v. V & A Bros., 208 N.J. 114, 131, 133-134 (2011). There, the New Jersey Supreme Court held that based on the CFA’s expansive definition of “person” and broad remedial purpose, any corporate officer or employee who commits an affirmative act or knowing omission that violates the CFA, or is responsible for a violation of regulations enacted pursuant to the CFA, can be held individually liable even if it is only the business entity that contracted with the plaintiff consumer.

These and other decisions make clear that despite the personal liability protections afforded by corporations and limited liability companies, individuals acting on behalf of business enterprises remain exposed to personal risk and must act with due care.