The Problem with Our Judicial System 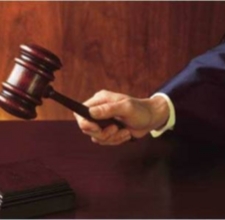 I couldn’t find a better example to illustrate the problem with our judicial system.  In a recently unpublished decision of the New Jersey Appellate Division,  Hernandez v. North Jersey Neurosurgical Associates,

Superior Court of New Jersey, Docket No. A-0890-12T2, the appeals court reversed a Hudson County trial judge’s decision to enter default against a medical doctor whose attorney was unavailable to appear for the trial call because he was scheduled to be on trial in another case in Monmouth County, NJ.

Demonstrating a rigid approach to justice, the trial court refused to postpone a trial date in this medical malpractice case due to the unavailability of one of the defendant doctor’s attorneys, preferring instead to punish the doctor by entering default against him and essentially leaving the doctor in no-man’s land.

In this case, the attorney had designated himself as the doctor’s trial attorney in accordance with NJ Court Rule 4:25-4, meaning that if he were unavailable to try the case then the court is required to adjourn the trial.   According to several NJ Supreme Court directives, the trial court is given discretion to waive R. 4:25-4 if the case is more than 3 years old and  delayed by the unavailability of designated trial counsel.   Such were the facts in this particular case.

Without belaboring the point, there were multiple adjournments of the trial date for a variety of different reasons, which caused the case to become more than 3 years old on the court’s calendar.  The appellate decision reflects that counsel were all cooperating with one another regarding the various adjournment requests, including the last adjournment request that the trial court rejected.  In other words, all parties and their counsel were in agreement to adjourn the trial because of the doctor’s attorney’s unavailability yet the presiding  judge refused to grant any further adjournments.

At the trial call another attorney from the law firm appeared and informed the trial judge that she was a family law practitioner, did not have the expertise to handle a medical malpractice defense, and was not authorized to try the case or pick a jury; she requested the case be marked “ready hold” until her boss – the designated trial counsel –  completed his other trial.   In the meantime,  a judge in Monmouth County – apparently trying to help the cause for the doctor in Hudson County – entered an order refusing to release the designated trial attorney to appear in the Hudson County case.

At the trial call, quite fortuitously, the plaintiff’s counsel implored the trial judge to grant the adjournment request, “stating that he and his clients would much prefer a short adjournment of the trial rather than a long and costly appellate process on the issue of whether an adjournment could be denied under these circumstances.”   As their luck would have it, that’s exactly what they got – a long and costly appellate process.  The trial judge declined the “ready hold” request and entered default against the doctor.  The doctor then appealed.

Fortunately, the Appellate Division reversed the trial court’s decision declaring it to be an abuse of discretion. The parties no doubt wasted significant legal fees – likely in excess of $10,000 – arguing about whether the trial court should have adjourned the case.   Even with all counsel consenting to the adjournment the trial judge stubbornly refused. The appeals court went to great lengths to spare criticism of the trial court’s ruling.

To me, this case represents form over substance.  The trial court did not have to act in this manner. Had the trial judge truly listened to the plea by plaintiff’s counsel to avoid “a long and costly appellate process” arguing about a simple trial adjournment, the parties and our judicial system would have been better served.