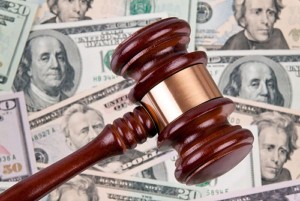 In a 5 to 1 decision issued on April 26, 2016, the New Jersey Supreme Court reversed a $397,000 legal fee awarded against the surviving spouse found to have committed undue influence with respect to her late husband’s estate to the detriment of the children of his first marriage.  In the Matter of the Estate of Adrien J. Folcher, Case No. 2014-074590.

As noted in Supreme Court Justice Barry Albin’s dissent, it was undisputed that the wife used her confidential relationship with Folcher to her advantage by engaging “in a pernicious scheme to make herself the beneficiary of Folcher’s estate, that she forged codicils to his will to advance that scheme, and that she committed a fraud on the estate’s heirs. . . . filed a fake codicil with the probate court, gave false testimony in court, and engaged in fraudulent and frivolous litigation that depleted nearly all the assets of the Folcher estate.”

At the trial court level the court voided a real property deed and the two codicils orchestrated by the wife, ordered the wife to reimburse the estate for money she withdrew from bank accounts and the value of 2 cars and a boat that she sold. In addition, the trial court ordered the wife to pay $397,309.19 in attorney’s fees to the estate even though she wasn’t an executor or trustee of the estate. The trial court held that an exception to the American Rule – created in In re Niles Trust, 176 N.J. 282 (2003), allowing attorneys’ fees to be assessed against an executor or a trustee who “commits the pernicious tort of undue influence,” to a person who does not owe a fiduciary responsibility to an estate or its beneficiaries – was justified because of the wife’s confidential relationship with Folcher and the proofs of her undue influence.

New Jersey adheres to the “American Rule” jurisdiction, simply defined as a “strong public policy against shifting counsel fees from one party to another.” In re Estate of Stockdale, 196 N.J. 275, 307 (2008).  The American Rule prohibits recovery of attorneys’ fees “by the prevailing party against the losing party.” Ibid. (quoting Niles, supra, 176 N.J. at 294). There are few authorized exceptions. R. 4:42-9. In relatively recent years, a few Court-sanctioned “exceptions to the American Rule that are not otherwise reflected in the text of Rule 4:42-9” and that are not provided for via statute, court rule, or contract have developed.

However, parting ways the lower courts, the NJ Supreme Court declined to expand the exception to the American Rule created in In re Niles Trust, supra, to a person who does not owe a fiduciary responsibility to an estate and its beneficiaries. In this case, because the confidential relationship endowed the wife with an obligation to only her husband, and not his estate, the New Jersey Supreme Court concluded that a fee award was not the proper equitable remedy.

“[T]he majority has undone an equitable ruling that made whole the victims of Bernice’s fraud. I would end the litigation today and affirm the judgment of the Appellate Division, requiring Bernice to reimburse the Folcher estate for the attorney’s fees expended as a result of her egregious misconduct.“

This author agrees with Justice Albin’s dissent. Too often the wheels of justice dictate punishing results for victims of fraud who are forced to spend thousands of dollars in legal fees to fend off frivolous litigation advanced by scoundrels. This case represents an example where, in advancing form over substance, the Supreme Court got it wrong.