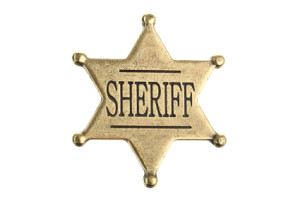 arrying out judicial execution sales, see N.J.S.A. 22A:4-8, in practice the results will often vary from County to County. My firm recently recovered payment of a civil judgment for $56,000 immediately following a levy on the judgment debtors’ rental income. The funds were paid directly by the judgment debtors and never passed through the sheriff’s hands. Notwithstanding, the sheriff demanded a commission of approximately $2,300 based on the entire amount of the collected judgment ($56,000).

Meanwhile, just a few months earlier I went through the same procedure with another New Jersey local County Sheriff who asserted no such claim. In that case my law firm paid the County Sheriff only a small fee to serve the Writ of Execution.

Which position is accurate? This author maintains the latter.

When the execution is settled without actual sale and such settlement is made manifest to the officer, the officer shall receive 1/2 of the amount of  percentage allowed herein in case of sale.

As the statute plainly states, there must be an “execution” in order for the County sheriff to claim a commission. The only exception is “[W]hen the execution is settled without actual sale and such settlement is made manifest to the officer.” In that situation the sheriff can claim half of the percentage amount of the commission allowed under the statute.

There are only a few reported decisions by New Jersey Courts addressing disputes over sheriff’s commissions. In International Bro. of Elec. Workers 1470 v. Gillen, 168 N.J. Super. 143 (Ch. Div. 1979), rev’d on appeal, 174 N.J. Super. 326 (App. Div. 1980), the trial court held that the Hudson County Sheriff was entitled to a commission pursuant to N.J.S.A. 22A:4-8 computed on the amount of funds actually levied, $22,500, not computed on the $165,000 settlement of the judgment. However, the appeals court reversed by holding that the sheriff was not entitled to receive any commission because there was no “execution sale” on the $22,500 cash that was levied.

The International Bro. case remains as the controlling case in New Jersey on interpreting the allowance of sheriff’s commissions under N.J.S.A. 22A:4-8 based on funds levied by a County sheriff.

So what is the moral of the story?

Don’t be so quick to cave in to the payment demands of a New Jersey County sheriff who has levied funds. When representing a judgment creditor who has collected the full amount of a judgment directly from the judgment debtors such that the funds never passed through the hands of the County Sheriff, and hence there was no “execution sale”, the sheriff is not entitled to a commission under N.J.S.A. 22A:4-8.

This article was originally posted on Linkedin.