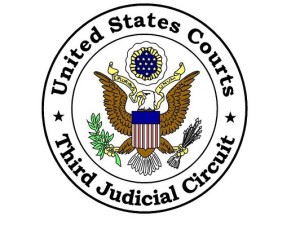 In a precedential opinion issued on June 30, 2015, the United States Court of Appeals for the Third Circuit affirmed the lower court’s dismissal of a putative class action complaint filed by a consumer against a law firm and its client for allegedly violating a provision of the Fair Debt Collection Practices Act (“FDCPA”) that prohibits a debt collector from using “any false, deceptive, or misleading representation” when attempting to collect a debt.  15 U.S.C. § 1692e. Jensen v. Pressler & Pressler, and Midland Funding, LLC, Case No. 14-2808 (3rd Cir. 2015).

The underlying facts are very straightforward. Jensen defaulted on a Bank of America credit card, and the debt was purchased by Midland Funding, LLC (“Midland”). Midland then retained the New Jersey law firm of Pressler & Pressler (“Pressler”) to pursue collection of the debt. Pressler filed suit on behalf of Midland in the Superior Court of New Jersey, and recovered a default judgment against Jensen in the amount of $5,965.82. Pressler served Jensen with a post-judgment Information Subpoena containing written questions requiring disclosure of personal and financial information.

The Information Subpoena informed Jensen that “failure to comply . . . may result in . . . arrest and incarceration.” The information subpoena was issued pursuant to New Jersey Court Rule 1:9-1, which authorizes New Jersey attorneys to issue subpoenas in the name of the clerk of court, and sign the clerk’s name to these subpoenas. The Information Subpoena issued by Pressler was based on the sample “form” in the Appendix to the New Jersey Court Rules. That form contains two electronic or typed signatures: one for the issuing attorney, and one for the clerk. Because Pressler sought to enforce a judgment from the Superior Court of New Jersey, the Superior Court clerk’s name should have appeared on the clerk’s signature line.

Instead, Pressler listed “Terrence D. Lee” on the clerk’s signature line. But Lee had never worked as a clerk of the Superior Court, and although he had been the County Clerk of Warren County, he left that position six years earlier. Ironically, Jensen knew Lee, and she also knew that he was not a clerk of the Superior Court. About one month later, Jensen wrote to Pressler explaining that she was aware that Lee was not the Superior Court clerk and calling the subpoena “fraudulent.” Notwithstanding, she answered the questions that accompanied Pressler’s Information Subpoena.

The Third Circuit also rejected Jensen’s alternative argument that the Information Subpoena was an invalid legal document because it was not issued by the clerk of the court. The Third Circuit also took note that New Jersey state courts practice of emphasizing substance over form by refusing to invalidate similar documents based on hypertechnical errors.