Lender is Simultaneously Foreclosing During Loan Modification Negotiations – is That Kosher? 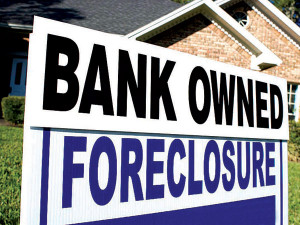 ATTENTION HOMEOWNERS IN FORECLOSURE.  Just because a mortgage lender is negotiating a loan modification doesn’t mean the lender has to suspend its rights when the borrower is in default.

This is a rather common scenario in our difficult economic times. The bank sends its borrower a letter offering a loan modification. The borrower accepts the bank’s offer to apply for a loan modification, the bank confirms that the application is under review yet the bank simultaneously notifies the borrower that it is commencing foreclosure proceedings. The borrower is confused about why the bank is behaving in a contradictory manner, and ignores the foreclosure suit that ultimately follows.  Is the bank acting in bad faith?

Not necessarily. “Dual tracking,” as the process has come to be labeled, consists of the practice of a mortgagor initiating foreclosure proceedings while also negotiating a mortgage modification. See U.S. Bank Nat’l Association v. Guillaume, 209 N.J. 449 (2012). The New Jersey Supreme Court has held the practice of “dual tracking” to be lawful in New Jersey. Ibid.

Most recently, the New Jersey Appellate Division revisited the issue of “dual tracking” in a published decision issued on February 1, 2016, coincidentally also involving US Bank Nat’l Association. U.S. Bank Nat’l Association v. Curcio, Docket No. A-2659-13T4 (App. Div. 2016). Finding there was no evidence to suggest that the bank mislead the homeowner into believing that she didn’t need to respond to the foreclosure suit merely because loan modification negotiations had ensued, the Appellate Division remarked:

Engaging in negotiations with defendant regarding a modification to her mortgage did not preclude plaintiff from seeking foreclosure for defendant’s failure to pay back the loan. “Every [loan modification] application does not guarantee acceptance.” Nat’l Cmty. Bank of N.J. v. G.L.T. Indus., Inc., 276 N.J. Super. 1, 4 (App. Div. 1994).

So absent evidence that the mortgage lender has lulled the borrower into not taking any action in response to a foreclosure suit, New Jersey will not accept the borrower’s defense of “confusion” as grounds to vacate a final foreclosure judgment.

LoFaro & Reiser, LLP represents lenders and borrowers in foreclosure proceedings throughout the State of New Jersey.