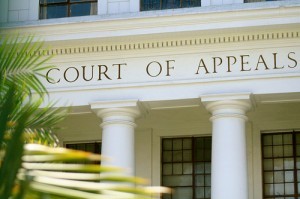 In an unpublished decision issued on March 11, 2015, the New Jersey Appellate Division applied the “net opinion” rule in barring an expert’s report issued in the context of a legal malpractice case arising out of a failed real estate transaction. Giordano v. Bogart, Keane, Ryan & Hamill, L.L.C., Docket No. A-1631-13T1 (App. Div., March 11, 2015).  In this case the Appellate Division rejected a litigant’s attempt to hold her real estate attorney liable for allegedly botching the sale of her mother’s home – a deal that eventually closed for $351,000 less than the original sale price.

The underlying facts of this case involved a bitter dispute between an elderly blind woman and her daughter over a power of attorney given by the woman. Believing the power of attorney gave her the right to sell her mother’s real estate, the daughter entered into a contract to sell the property for $1,350,000. After learning of the sale contract the mother hired an attorney who wrote several letters objecting to the sale and revoking the power of attorney. The contract purchaser then got nervous about completing the transaction due to the claims threatened by the mother. The contract ultimately fell apart for a variety of reasons and litigation quickly ensued.  Later on in the litigation the same buyer made a new offer to purchase the property for $999,000, insisting it had suffered $200,000 in damages as a result of the dispute between the mother and daughter. After obtaining a court order to evict the mother from the property the closing finally was consummated with a new lawyer representing the daughter.

After the closing the daughter filed a legal malpractice lawsuit against the real estate lawyer whom she hired to handle the original contract for $1,350,000, claiming that the lawyer’s negligence resulted in damages of $351,000 representing the difference between the original contract ($1,350,000) and the second contract ($999,000). Because the filing of a legal malpractice claim must be supported by expert testimony, the daughter retained the services of a New Jersey attorney to serve as her expert witness.  The expert offered a written opinion concluding that the original real estate attorney was negligent.

The defendants moved for summary judgment to dismiss the daughter’s legal malpractice claims, arguing that the expert’s opinions constituted a “net opinion” and thus were inadmissible.  The trial court granted the motion, and the appeals court affirmed.

Under New Jersey Evidence Rules and supporting case law, an expert witness may give an opinion on a matter in which the witness has (some special knowledge, education, skill, experience or training). N.J. Rules of Evidence 702. The weight of the expert’s opinion depends on the facts on which the expert bases his/her opinion. Polyard v. Terry, 160 N.J. Super. 497, 511 (App. Div. 1978), aff’d, 79 N.J. 547 (1979). See also N.J. Rules of Evidence 703.  An expert may not provide mere net opinion. Pomerantz Paper Corp. v. New Cmty. Corp., 207 N.J.344, 372 (2011). An expert offers an inadmissible net opinion if he or she cannot offer objective support for his or her opinions, but testifies only to a view about a standard that is personal. Ibid.

Applying these standards, the appeals court agreed that the trial court properly exercised its discretion by concluding that the expert’s opinions were inadmissible “net opinions” because such did not establish the requisite causal connection between the alleged legal malpractice and the damages claimed by the daughter. “Without expert testimony, plaintiff cannot establish a prima facie case of legal malpractice against defendants,” the appellate court stated.