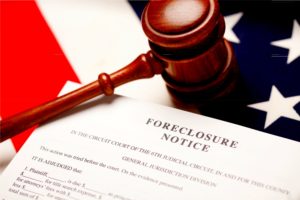 In a published decision issued on October 4, 2018, the New Jersey Appellate Division issued a controversial ruling that allows a homeowner to pursue a claim against Bank of America under the New Jersey Truth-in-Consumer Contract, Warranty and Notice Act (TCCWNA) due to the defendants’ failure to identify the lender’s name and address in several pre-action foreclosure notices served on the homeowner, even though  the bank ultimately did not file a foreclosure suit. Wright v. Bank of America, et al., Docket No. A-2358-15T-3 (App. Div. NJ, October 4, 2018).

In this particular case, the homeowner filed a complaint against Bank of America and its loan servicer BAC Home Loans Servicing, LP (BAC), alleging that five notices of intention to foreclose served on him by BAC violated the FFA because the notices neglected to include Bank of America’s name and address.  The homeowner did not dispute having defaulted on his mortgage or claim that the notices were false and misleading.

The trial court dismissed the homeowner’s complaint against Bank of America and its loan servicer BAC, finding that a violation of the FFA cannot support a TCCWNA claim. The homeowner appealed.

The New Jersey Fair Foreclosure Act (FFA) requires lenders to issue a pre-action notice to borrowers as a condition precedent to commencing a foreclosure action. The notice must contain the lender’s actual name and address, among other specific details.  N.J.S.A. 2A:50-56(c)(11). Merely identifying the name and address of the loan servicing company acting on behalf of the lender does not satisfy the FFA’s notice requirements, the New Jersey Supreme Court previously held. U.S. Bank Nat’l Ass’n v. Guillaume, 209 N.J. 449, 474-75 (2012).

DOES A VIOLATION OF THE FAIR FORECLOSURE ACT GIVE RISE TO A CAUSE OF ACTION UNDER THE TRUTH IN-CONSUMER CONTRACT, WARRANTY AND NOTICE ACT?

a “lender” from offering “to any consumer or prospective consumer” or from entering into “any written consumer contract” or from giving or displaying “any written consumer warranty, notice or sign” that includes “any provision that violates any clearly established legal right of a consumer or responsibility of a . . . lender . . . as established by State or Federal law at the time the offer is made or the consumer contract is signed or the warranty, notice or sign is given or displayed”; those declarations are followed by a sentence that defines a “consumer” as including one who “borrows . . . any money . . . which is primarily for personal, family or household purposes.”

The statute may be triggered by a departure from any “clearly established legal right” or “responsibility.” Id. Such a departure occurs when a consumer protection statute or regulation prohibited “the contractual provision or other practice” that is the basis of the claim. Dugan v. TGI Fridays, Inc., 231 N.J. 24, 69 (2017).

A violation of the TCCWNA subjects the violator to liability to an “aggrieved consumer” for a civil penalty of not less than $100 or for actual damages, together with reasonable attorney’s fees and court costs.  N.J.S.A. 56:12-17.

“The statutorily-required notice of intention to foreclose is part of the foreclosure “practice” and, thus, a critical element that would fall within TCCWNA’s scope,”

While the homeowner’s appeal was pending, the New Jersey Supreme Court issued a ruling holding that an individual who does not suffer any adverse consequences from noncompliance with the TCCWNA cannot be an “aggrieved consumer” under the TCCWNA.  Spade v. Select Comfort Corp., 232 N.J. 504 (2018).

On the basis of Spade, the appellate court vacated the trial court’s dismissal order and sent the case back to the trial court to give plaintiff the opportunity to file an amended complaint “expressing the true nature of his damage claim” resulting from the defective pre-action FFA notices.  In other words, plaintiff would be given the opportunity to prove that he is an “aggrieved consumer” thereby entitling him to receive either statutory or actual damages.

WHAT DOES THE COURT’S RULING MEAN?

Basically, not every technical violation of a New Jersey consumer protection law gives rise to an actionable claim absent the plaintiff establishing some measure of adverse consequences that result from the violation. Nonetheless, lenders and their attorneys must be sure to follow the letter of the law when issuing pre-foreclosure notices.

It will be interesting to see if the holding in this case is extended to claims brought by disgruntled homeowners against contractors who commit technical violations under the New Jersey Consumer Fraud Act, such as where the contractor fails to provide the homeowner with a compliant home improvement contract.