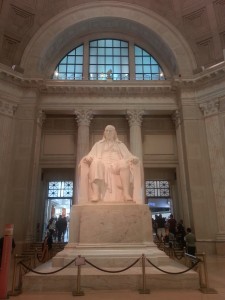 Assume your organization or an individual in your company has been served with a federal court subpoena demanding the production of documents in connection with pending litigation in the United States District Court for the District of New Jersey.   Further assume that your company president maintains that the document demands specified in the subpoena are oppressive and that certain information requested is either confidential or proprietary, and thus is concerned that this information might fall into the wrong hands.

In this post I provide a brief overview of the standards that the District Court of New Jersey applies to motions to quash a subpoena duces tecum and/or for the issuance of a protective order placing limitations on the discovery.

Fed R. Civ. P. 45(c)(3)(A) sets forth the circumstances under which the Court must quash a subpoena. In relevant part, it provides:

(c) Protecting a Person Subject to a Subpoena.
(3) Quashing or Modifying a Subpoena.
(A) When Required. On timely motion, the issuing court must quash or modify a subpoena that:
(i) fails to allow a reasonable time to comply;
(ii) requires excessive travel by a non-party;
(iii) requires disclosure of privileged or other protected matter, if no exception or waiver applies; or
(iv) subjects a person to undue burden.

Subpoena Must Fall Within Scope of Proper Discovery

“A Rule 45 subpoena served in conjunction with discovery must fall within the scope of proper discovery under Fed. R. Civ. P. 26(b)(1).” Schmulovich, 2007 WL 2362598, at *2.  If a subpoena falls outside the scope of permissible discovery, the Court has authority to quash or modify it upon timely motion by the party served.  Id.  Of course, the scope of discovery in federal litigation is broad. Parties may obtain discovery regarding any nonprivileged matter that is relevant to any party’s claim or defense, and information sought by the parties need not be admissible at trial if it is reasonably calculated to lead to discoverable information. Fed. R. Civ. P. 26(b)(1). While undoubtedly broad, the scope of discovery, however, “is not boundless.”  Unicasa Mktg. Group, LLC v. Spinelli, 2007 WL 2363158, at *2 (D.N.J. Aug. 15, 2007).

In the alternative to moving to quash a subpoena, the recipient of the subpoena or other party in the case may move for a protective under pursuant to Fed. R. Civ. P. 26.

(1) In General. A party or any person from whom discovery is sought may move for a protective order in the court where the action is pending—or as an alternative on matters relating to a deposition, in the court for the district where the deposition will be taken. The motion must include a certification that the movant has in good faith conferred or attempted to confer with other affected parties in an effort to resolve the dispute without court action. The court may, for good cause, issue an order to protect a party or person from annoyance, embarrassment, oppression, or undue burden or expense, including one or more of the following:

(A) forbidding the disclosure or discovery;

(B) specifying terms, including time and place, for the disclosure or discovery;

(C) prescribing a discovery method other than the one selected by the party seeking discovery;

(E) designating the persons who may be present while the discovery is conducted;

(F) requiring that a deposition be sealed and opened only on court order;

(G) requiring that a trade secret or other confidential research, development, or commercial information not be revealed or be revealed only in a specified way; and

(H) requiring that the parties simultaneously file specified documents or information in sealed envelopes, to be opened as the court directs….