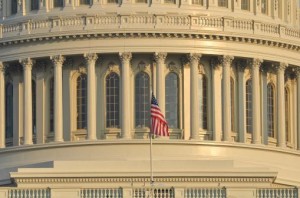 the United States Court of Appeals for the Third Circuit rejected the claims filed by defrauded investors of Bernard Madoff against the Securities and Exchange Commission (“SEC”), holding that the Federal Tort Claims Act shields the SEC from liability for an exercise of discretion, even if it is abused.

The plaintiffs in Baer are New Jersey residents who invested their life savings with Bernard L. Madoff Investment Securities.  In 2009, the company’s principal Bernard Madoff pleaded guilty to defrauding clients out of billions of dollars by operating what amounted to a Ponzi scheme of pretending to invest their money and sending them phony investment statements showing high returns.  The specific details of the Ponzi scheme, the subsequent bankruptcy filing involving the Madoff investment entity, and the efforts of the court-appointed bankruptcy trustee to recoup losses for investors is well documented on a separate website exclusively devoted to the subject.

In suing the SEC to recoup their losses, the plaintiffs asserted claims of negligence, aiding and abetting Madoff’s fraud and his breach of fiduciary duty, claiming their losses “were a natural, probable and foreseeable outcome of the SEC’s failure to uncover the Madoff Ponzie scheme and of the SEC’s false assurances to the public, as early as December 1992, that the operations of [Madoff’s investment firm] were legitimate.”

An internal SEC investigative report seemingly supported the plaintiff’s claims, faulting the agency for its failure to act on numerous substantive complaints dating to 1992 that “raised significant red flags” about Madoff’s operations that should have led to questions about whether Madoff was actually engaged in trading and to a thorough examination of the possibility that he was operating a Ponzi scheme. In addition, the plaintiffs relied upon a December 18, 2008 press release containing an admission by the SEC Chairman that his agency failed to thoroughly investigate “credible and specific allegations regarding Mr. Madoff’s financial wrongdoing” that were repeatedly brought to his staff’s attention.

Arguing against applying the discretionary function exception to imposing liability under the FTCA, the plaintiffs claimed the SEC “fragrantly frustrated” its own “essential purpose” by failing to abide by federal law, its own internal standards, and the standards of competence it imposed on third parties. Stretching their argument one step further, they alleged that the SEC “treated Madoff with ‘kid gloves’ because of his stature in the industry and his friendship with senior SEC officials.”

At the lower court level, the United States District Court for the District of New Jersey dismissed the Complaint based on lack of subject matter jurisdiction, finding that the claims were barred by the discretionary function exception to the FTCA. The District Court concluded, and the Third Circuit Court of Appeals agreed, that the plaintiffs failed to identify any violation of a mandatory policy or guideline by an SEC employee.

“The problem for Appellants is that the regulations on which they rely are inherently intertwined with the SEC’s discretionary authority to determine the timing, manner, and scope of SEC investigations,” one appellate jurist remarked.  Another judge on the appeals panel noted that a violation of the regulations might amount to an abuse of discretion but not one sufficient to waive sovereign immunity, because the discretionary function exception applies even where the discretion at issue is abused.

The decision does not mention whether the plaintiffs have been able to recoup any of their losses by pursuing their claims with the Madoff bankruptcy trustee.