You’re Only as Good as Your Word, Says New Jersey Appeals Court

As children, we’re taught not to make promises unless we intend to keep them.  The New Jersey Appellate Division recently reaffirmed this important lesson in an unpublished decision in which the court scolded a consumer who duped a car dealership by entering into a contract he knew he couldn’t honor. In upholding the trial court’s decision rendered in favor of the car dealership, the appeals court concluded t 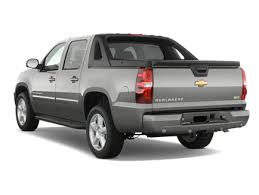 The brief facts of the case are as follows:  In March 2012 Collier walked into Mall Chevrolet with the intention of purchasing a new car.  Collier entered into a contract with the dealership to buy a new 2012 Chevy Avalanche in exchange for trading in his 2010 Chevy Avalanche and paying an additional sum.   The purchase agreement contained representations by Collier that his “trade-in-vehicle was free and clear of all liens and encumbrances except as otherwise noted on this order,” and that he would indemnify the dealer if any of his statements were false, including paying the dealership’s attorney’s fees.

At some point thereafter, the Division of Motor Vehicles in South Carolina, where the 2010 Avalanche was registered, notified the dealer that the car was actually co-owned by Collier and his wife, Shaunda Stewart. This meant that the wife’s signature was required in order to complete the transfer of title.  When the dealership contacted the wife however, they learned that the couple was in the midst of divorce proceedings and that she had no interest in transferring the vehicle.  The wife claimed that Collier attempted to replace the co-owned vehicle with one singularly owned by him in order to interfere with the divorce proceedings. The dealership then informed Collier of this development and demanded the return of the 2012 Avalanche. Collier complied, but the dealership claimed it had still lost money due to the depreciation of the 2012 Avalanche. The dealership filed suit against Collier in the Superior Court of New Jersey, Special Civil Part which has jurisdiction for damages up to $15,000.  Collier counterclaimed against the dealership alleging violations of the New Jersey Consumer Fraud Act.

Following a 2-day non-jury trial, the court found in favor of the dealership and awarded damages for the vehicle’s depreciation, reconditioning expenses for the resale of the 2010 Avalanche, payments made on defendant’s loan for the 2010 Avalanche, and vehicle registration fees.  The trial court also dismissed Collier’s counterclaim based on the New Jersey Consumer Fraud Act.  In a post-trial order, the trial judge also awarded the dealership $11,614.90 in counsel fees. The trial court found that Collier did not show good faith and faith dealing when he entered into the purchase contract with the dealership, and that he failed to inform the dealership that his wife was a joint owner of the 2010 Avalanche.  Collier then appealed on a number of grounds.

Citing to the Uniform Commercial Code (UCC) which governs the contracts for the sale of goods, the appeals court noted that “[E]very contract or duty within the [UCC] imposes an obligation of good faith in its performance and enforcement.”  N.J.S.A.  12A:1-304.  The term “good faith” is defined under the UCC as “honesty in fact and observance of reasonable commercial standards of fair dealing in the trade.”  N.J.S.A. 12A:2-103(1)(b).  In addition, the appeals court noted that the implied covenant of good faith and fair dealing applies in every contract, and that “neither party shall do anything which will have the effect of destroying or injuring the right of the other party to receive the fruits of the contract.”   Wood v. N.J. Mfrs. Ins. Co., 206 N.J. 562, 577 (2011)(internal citations omitted).  To establish a breach of this covenant requires “proof of ‘bad motive or intention.’” Brunswick Hills Racquet Club, Inc. v. Route 18 Shopping Ctr. Assocs., 182 N.J. 210, 225 (2005)(internal citation omitted).

The trial court record supported the judge’s finding that Collier breached the covenant of good faith, said the appeals court pointing out that his “bad motive” was demonstrated “by his attempt to procure the 2012 Avalanche solely in his name to avoid distribution of the 2010 Avalanche as marital property in his divorce.”  In so doing, Collier concealed from the dealership that the 2010 Avalanche was jointly owned, and falsely represented to the dealership that he could provide clear title.  The appellate court concluded that Collier deprived the dealer of the “fruits of the contract” and thus affirmed the trial court’s rulings.

*I would like to recognize the contribution of Joshua Marks, a student intern, for his assistance in writing this article.