In a novel ruling, the New Jersey Supreme Court unanimously declared that the Director of the Office of Attorney Ethics (OAE) is authorized to proceed with the prosecution of an ethics grievance against two New Jersey lawyers who caused a paralegal to ‘friend” an adverse litigant on Facebook for the purpose 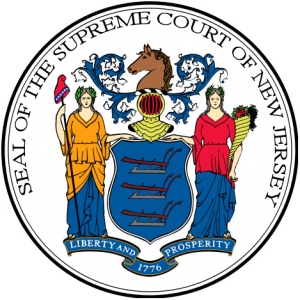 of gathering derogatory information for use at trial. Robertelli v. The New Jersey Office of Attorney Ethics, Supreme Court of New Jersey (A-62-14)(075584)(April 19, 2016). The lawyers had challenged the Director’s authority to prosecute the grievance filed by the Facebook account holder, arguing that the earlier decision by a local District Ethics Committee Secretary in administratively rejecting the grievance deprived the Director of the authority to overrule the Secretary.

A Secretary of a local District Ethics Committee has the discretion to decline to docket an attorney grievance when the Secretary believes that the facts alleged, “if true would not constitute unethical conduct.” New Jersey Court Rule 1:20-3(e)(3).  That is exactly what happened in this case.

However, the grievant than wrote to the OAE Director asking him to investigate the matter. The Director accepted the task, and then proceeded to file an ethics complaint against the two lawyers charging them with violating a number of Rules of Professional Conduct (RPCs), including RPC 4.2 (communicating with a person represented by counsel, RPC 8.4(c) (conduct involving dishonesty, fraud, deceit, and misrepresentation), and RPC 8.4(d)(conduct prejudicial to the administration of justice).

The lawyers objected to the Director’s actions, arguing that his investigation and filing of a Complaint following the District Ethics Committee’s Secretary’s dismissal constituted an impermissible appeal prohibited by New Jersey Court Rule 1:20-3(e)(6) which provides, “There shall be no appeal from a decision to decline a grievance made in accordance with this rule.”

The NJ Supreme Court rejected the lawyers’ contention that Rule 1:20-3(e)(6) bars the OAE Director from taking further action to review allegations of unethical conduct and file a disciplinary complaint after a District Ethics Committee Secretary has declined to file a similar claim. The Court concluded that the Director’s action in that event does not constitute an appeal from action by the District Ethics Committee, which is not permitted by the Rule. The Court further held that the Rule applies only to appeals to the Disciplinary Review Board – the intermediate appellate body for hearing attorney ethics grievances –  rather than to further action by the OAE Director.

In a nutshell, the New Jersey Supreme Court disagreed with the lawyers’ interpretation of Rule 1:20-3(e)(6) as limiting the broad investigative and prosecutorial authority granted to the OAE Director pursuant to Rule 1:20-2(b), citing that the purpose of the disciplinary rules is to protect the public and promote the thorough and fair investigation and defense of allegations of unethical conduct.

The NJ Supreme Court held that the Director of the OAE retains discretion, when appropriate, to review a grievance after a District Ethics Committee Secretary has declined to docket it. However, the Director is not required to investigate or formally respond to requests from a grievant to pursue a matter not docketed by a Secretary.

In my opinion this ruling gives the OAE Director far too much discretion. What is the purpose of vesting a District Ethics Committee Secretary with the discretion to reject the docketing of a grievance if only to be subjected to Monday morning quarterbacking by the OAE Director?

LoFaro & Reiser, LLP defends attorneys charged with violating the RPCs. Partner Glenn R. Reiser, a former Chair of the District II-B Ethics Committee, has tried numerous cases before local District Ethics Committees and has appeared many times before the Disciplinary Review Board.